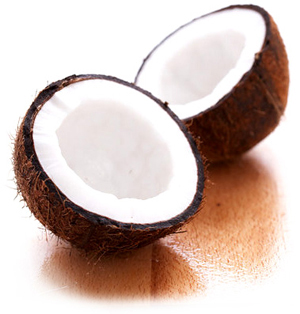 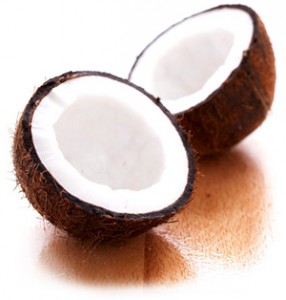 The term ‘coconut’ refers to either the tree, a palm which stands tall at up to 30 meters, the fruit which in botanical terms is not a nut, or the seed of the fruit. A coconut is one tree of which every part, from the fruit to the leaves and even the branches, is used by human beings in some manner. The term coconut was first coined during the time Portuguese travelers came and settled in India. Sources from historical archives suggest that it were the sailors accompanying Vasco da Gama to India who first introduced coconut to the European nations. The rough brown surface of a coconut reminded the Europeans of a witch named Coco, and hence the name coconut. There are other sources which claim that the coconut was first seen not in the Asian subcontinent but in South America. Coconut has several uses attached to its existence. Apart from being used in culinary and non culinary purpose, coconut is also utilized for decorative purpose. In the following lines, we have given detailed information about the various uses of coconut.

Fresh coconut water is consumed as a refreshing drink in tropical countries. Not only does it protect from heat strokes, it is also a natural source of vitamins, minerals and sugar.
Coconut water is often processed and bottled in areas where fresh juice may not be available. Utilized as a sports drink, it is effective in restoring the body’s required fluid and salts lost during strenuous physical exercise.
Flowers which appear on a coconut tree before the formation of the fruit can be pressed to produce a sap which when fermented produces a sweet flavored palm wine popularly known as toddy in India.
The flower sap can also be fermented for a shorter period of time to produce a sweet beverage known as nira in Malaysia. Nira is a non alcoholic drink which is healthy and very effective in restoring body energy.

The oil that is extracted from the kernel of a coconut is used in cooking by various regions in South India.
Press grated coconut flesh and you will get a white liquid known as coconut milk. This milk can be used as a dairy substitute in various recipes. Coconut milk is primarily used in the preparation of desserts in India.
The flesh of the coconut fruit can be eaten raw or can be grated and used in a variety of sweet dishes across the tropical countries in Asia.
The sap extracted from the flowers of a coconut tree is boiled to produce a dark sweet syrup. This syrup is then poured into bamboo containers and left at room temperature to cool and solidify into sugar cubes known as palm sugar. This type of sugar is chiefly made in Malaysia and is used in the recipes of cakes and several other desserts.

The leaves of the coconut trees, even in their dried form, can be used for making thatched roofs, wicker baskets and hats.
After the oil is extracted from the kernel, what is left is the copra. The copra is used as a cattlefeed and also as a fertilizer for plants.
While the leaves are detached, the ribs running in between may be used to make weapons like arrows and spears.
The trunk of the coconut tree is used for in making fences, rafters and canoes.
Coconut oil extracted from the fruit is extremely good for the hair. When massaged on the scalp, coconut oil helps improve the hair texture.
The fiber that is removed, while extracting the real fruit, is used as a floor polisher, or for making mats and brooms.
After the flesh has been extracted, the shell which remains may be used as a cup to store things. You can also decorate the object by polishing and painting it, thus making it an object of decoration.

For nothing is the coconut known as the ‘Tree of Life’. Next time, you lay your hands on a coconut or pass by a coconut tree, remember the various benefits it provides us with.