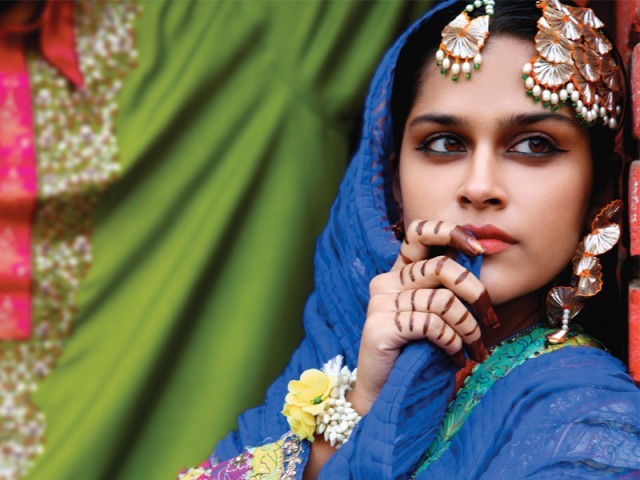 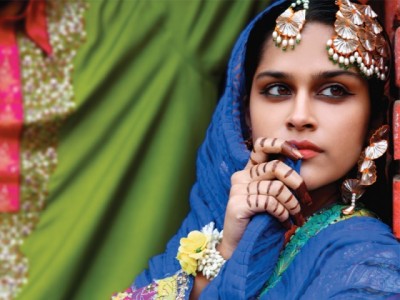 My biggest gripe with fashion schools, year after year, graduation ceremony after graduation ceremony, has been their lack of emphasis on accessory design. It is a well known fact that it is the elaborately-constructed accessories — headgears and general paraphernalia — that adorn the nubile fashion graduates’ collections which stand out more than the ensembles themselves.

With Mahin Hussain winning the Lux Style Award for Best Emerging Talent this year, it should be a potent sign for aspiring designers to take this art more seriously. If Hussain isn’t inspiration enough, then a senior designer and mentor like Athar Hafeez and the mad magician Ali Xeeshan should be motivation for them to brave the accessories market.

In the groundbreaking malang collection that Hafeez and his partner Sabeen Ali put out at Fashion Pakistan Week in November 2009, full of fanciful burqas, turbans and gota, they made the subaltern look cool and, more importantly, devised a whole new line of accessories that can be culled from the wares of the local lace wala.

Considering that it has just been three months since he officially launched his line at Portfolio in Lahore, the designer has garnered immense feedback. “The gota pieces seem to be doing very well, with brides ordering the sets for their color-coded mehndis. “I found it quite unbelievable that people actually ordered the entire collection,” says Hafeez, while narrating the example of a friend who married a Sikh and wore the attire to her traditional Gurdwara wedding ceremony.

“I’m amazed that people have developed the guts to wear such things now. It’s quite healthy, actually,” remarks Hafeez. Not just healthy (for women to experiment with their own heritage), but economical too, given that these pieces fall within the range of Rs2,000-12,000.

The eccentric Xeeshan is also one such designer whose gota and mirror accessories, headgear and bags have excited people even more than his ensembles. In fact, the fashion fraternity has always been critical of Xeeshan’s ability to produce ‘clothes’ since what he metes out are deconstructed concepts coloured by his own interpretation — an instance is his debut collection which was inspired by the Mughals. With each passing collection, one gets wowed more so by the paraphernalia associated with the attire and, hence, it was about time that Xeeshan utilised this window of opportunity and took up this line seriously. “We all need economical fashion now, especially as gold prices are reaching astronomical heights,” said Xeeshan, who cleverly used the recently concluded Lux Style Awards as a launching pad for his latest collection of costume jewellery.

Akin to his general aesthetic of eclectic mosaics of fabric and embellishment, Xeeshan’s jewellery is a combination of metal with fabrication, semi-precious stones and embossed ornamentation. “The collection is slightly exaggerated — as is my signature style — with Australian crystals for the extra shine,” explains Xeeshan. “It is fashionable and trendy and can be customized to suit bridals.”

Priced between Rs8,000-150,000, the collection consists of individual pieces based on differing themes, which, according to Xeeshan, will add an extra aplomb to any ensemble. “An outfit can be worn in 15 different ways with different accessories and given the country’s conditions, there’s no point in having jewellery thats confined to lockers,” the designer points out.

Sharing the same streak, even Hafeez exemplifies the importance of styling and accessorising. “Although customised jewellery like this may not make an impact on an industrial level, it does have an impact on a handicraft level since there is a market for individualised pieces,” points out Hafeez. “Fashion is a very niche spot and, within this niche, people aim for exclusivity; hence the need to customise. We should, therefore concentrate on this small cottage industry,” he advises, while stressing that design schools need to teach eastern art so that new ways of interpreting our culture (in terms of arts and craft) can be manifested more tangibly in products.

With a new breed of designers taking styling more seriously, we might finally see this niche blossom with new talent, given that the right direction is taken at fashion schools and there is proper projection at fashion weeks.