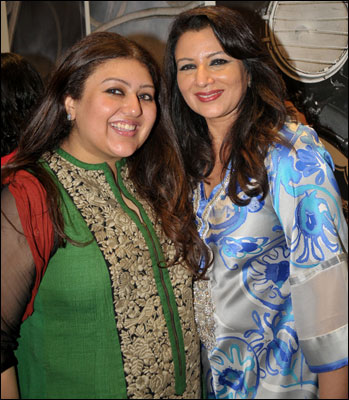 This is not about the nouveau riche, rather women who personify time-tested status, power and oodles of the green stuff that activates the most rusted of social machinery. They come with the click of stilettos or the flash of diamonds big enough to pass off as rocks. And this is how we envision the many women that define high society – all that replete with high-end labels on their backs, Prada bags on their arms, Bvlgari watches on their wrists and more visas stamped on their passports than diplomats in the foreign office.

That is the description that most readily comes to mind but these women are all that yet different. They have chosen to redefine the meaning of who they are by putting their status to good use. They have rolled up their mohair sleeves to get busy with work that could be anything from fashion or jewellery designing, organising annual charities, pushing fashion retail across borders or heading fashion councils. These women may play host to some of the most exclusive dos by night but they have made fashion their business by day. 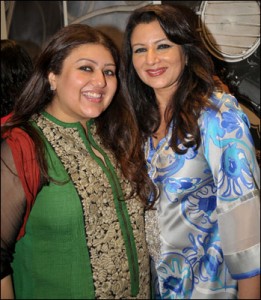 The very first Carnival de Couture in Karachi (2004), which saw a bevy of Indian models and designers fly in from India, was what put Zeba Husain on the fashion map. And there has been no looking back for her ever since she decided to make fashion her business. A global contact sheet is what everyone in high society enjoys but Zeba put hers to good use as she built long-lasting bridges with the design fraternity in India.

It became a platform that showed them off alongside Pakistani designers Sana Safinaz, Rizwan Beyg, Faiza Samee and Nilofer Shahid. An entire culture evolved with the fashion carnival and Zeba was the popular ringleader putting it to philanthropic use as she simultaneously raised funds for the Teachers’ Resource Centre through it.

From CDC evolved Ensemble Karachi, a local link to the Indian retail store, which then began to stock Indian and Pakistani labels that were previously not available anywhere else in town. The Ensemble shows followed and became Pakistan’s first step into the fashion week phenomenon. The concept was brave and brilliant.

Zeba managed to convince a few elusive couturiers like Bunto Kazmi to make their runway debut in Pakistan. She simultaneously gave new designers like Adnan Pardesy equal opportunity. To also say that she pushed the concept for high-end prêt in Pakistan wouldn’t be wrong.

Ensemble now has successful branches in Karachi and Lahore – Zeba also brought in an official franchise of Ritu Kumar – and she has given ample opportunity and incentive to designers to break away from studio operations. All that and more has made her fashion’s most influential patron.

When it comes to being influential, no one enjoys that clout more than Sehyr Saigol: the single most powerful woman in Lahore when it comes to fashion. People may know Sehyr as the designer of the exclusive fashion label Libas – she was amongst the first few to initiate the ready to wear trend in Lahore through the immensely popular Art Centre – or as publisher of the high-end glossy (Libas) which is circulated to build bridges between the expatriate Indian and Pakistani communities all over the world, especially England.

Sehyr Saigol has achieved all that while being an eminent patron of Lahore’s art scene. But today she cuts a figure that has developed beyond her personal space; she is pushing many more structural changes to the fashion industry at large.

Sehyr brought Lahore’s fashion designers together under the banner of Pakistan Fashion Design Council (ask anyone and they’ll tell you that it wouldn’t have been possible without her intervention). She has pulled personal ropes and resources to implement a) the opening of the council’s fashion store in Lahore and Karachi and b) the regular fashion showings that have followed.

The designers, with all their limitations, would never have managed to do it themselves. Sehyr’s involvement with Pakistani fashion began with the development of the council and she generously offered her magazine and personal resources as a platform for anyone to benefit from. Her high-charged involvement continues as Lahore makes way for its first fashion week next week and rest assure, Sehyr will pull all the stops to ensure it is a whopping success.

In a nutshell, Sana Hashwani and Safinaz Munir have done for Pakistani fashion what no one else has managed to do. They are Pakistan’s most successful fashion brand and have done volumes of mass retail without ever compromising on the perfection of design. That design could be woven into a bridal ensemble or light, western resort wear; Sana and Safinaz run an operation that puts out couture furniture as well as the whole nine yards of womenswear.

And they’re so successful because they epitomise what every style-conscious young woman would ever want to be: beautiful, well-bred and yet fiercely independent.

For years the two women – who are related as are the many other women who work with them, making it quite the family business – have treated fashion as a hobby. But a couple of years ago they gave it the professional jack-up that helped their enterprise achieve new heights. They dived into the deep end with a desirable new prêt line, fashion showings, better marketing of their coveted lawn range and prolific advertising.

And they swam to success. A ‘hobby’ that began as something they were ‘naturally good at doing’ suddenly became a fashion house bigger than any other in the country. Today they retail in Dubai, India and Pakistan. Good taste, they say, does travel in the genes. 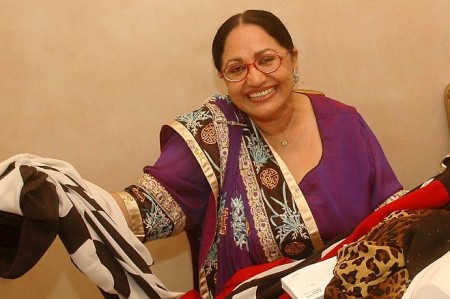 The bright saris that wrap around her in an aristocratic style, the uniformly neat way her hair is always tied up in a bun and the large spectacles that frame her eyes no matter how casual or formal she is. This is the image that has followed Rehana Saigol through the years. Years that she has spent as President of the Pakistan Bridge Association and more importantly, years she has spent bringing different facets of the arts together.

That covers her work in theatre, her contributions to fashion and of course, Private Collection, her exclusive jewellery business that has survived about 20 years as one of the most sought after jewellery labels in Pakistan. Chunni (as she is lovingly called by friends and family) and her husband Chand (Shakil Saigol) together have contributed to the emergence of fashion in a way that must be recognised as nothing short of artistic.

And theirs is a tireless dedication that continues even today. Two years ago Rehana Saigol held her very first fashion show in Karachi, simultaneously opening her flagship store, which drew in crowds of art appreciators who were delighted to see Chand’s artistry coming to life on traditional clothes. Together they create the perfect balance of life and art, a balance that is invaluable when it occurs in fashion.

Though Ronak Lakhani does not enjoy a profile for fashion as prolific as the above-mentioned power players, she is the single, most significant high-society personality who has – through her philanthropic endevours – pushed women of the classes to putting their surnames to good use. Ronak has been the backbone of numerous charities and can be credited for creating the grand ball culture, which has always been the highlight of Karachi’s social calendar.

The fact that millions are raised for primarily the Special Olympics as well as other charities such as the Kidney Centre, Lady Dufferin, etc. is Ronak’s primary motive for involvement. But by doing so she has inadvertently created a huge market for fashion.

Ronak’s first very public appearance was when she modeled Faiza Samee’s collection at Fashion Pakistan Week, but she is also quietly lending her up-market support to fashion retail with her involvement with The Upper Level at Labels. Anyone who knows her will vouch for the fact that she is an amazing person, someone who has encouraged high-society women to find a purpose to work for.

Now that Ronak has taken some very fashionable steps onto the runway, we hope she will pursue further synergies between fashion and fundraising.