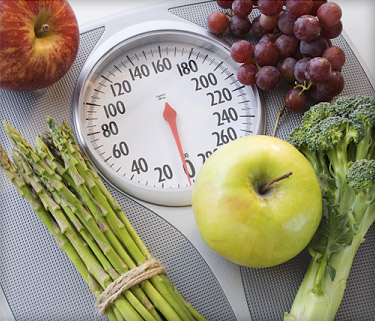 calorie-tastic. However it’s naïve to think that healthy eating means sacrificing your taste buds and all of your time to bland, expensive and time consuming cooking.

In fact, finding healthy alternatives to your fatty foods is incredibly easy and tasty and making only a few small adjustments to you diet can go a long way. So we spoke to Celebrity Chef, Rachel Allen who’s currently working on a calorie reducing campaign for Sprite to get her expert opinion.

If desserts and dollops of cream go hand in hand for you then listen up. Rachel suggests that instead of pouring on that double cream replace it with yoghurt.

“Use yoghurt instead of cream to serve with desserts. The tangy flavour is no less delicious”, she says.

Now we know you might be a bit reluctant, but yoghurt is used all around the world as an addition to desserts. Just look at Greek cuisine, they love it!

Just be aware of the fat and sugar content on the side of your yoghurt pots to make sure you’re not doing exactly the same amount of damage.

Sweet tooth? Sugar is one of the main ingredients that shoots that calorie contenting off the scale. But thankfully Rachel says that there are a few really easy alternatives that don’t break the bank.
“Try replacing the sugar in a recipe with agave syrup, which is sweeter, meaning you have to use less. Another good sugar alternative is honey”, she advises.

Manuka honey has a whole host of healthbenefits from fighting off colds to boosting energy, so not only does it taste as good as a sprinkling of sugar (if not better), it is a million times better for your general wellbeing too.

Coconut oil is our go-to trick for calorie cutting. Not only does it taste absolutely amazing – hello tropical islands and eastern cuisine – but it’s also majorly good for you.

Instead of using your usual olive oil or sunflower oil, this white and solid alternative can just about half the fat content.

It also is one of the best sources of healthy medium-chain fatty acids, which can boost the immune system, speed up metabolism and some research shows that it can actually aidweight loss. Need we say more?

Our tip, always go for the raw, cold-pressed options rather than the ‘virgin’ alternatives.

Rachel says that although stockpiling tinned fruit seems like a temptingly frugal idea, actually it’s a ticking tin can time bomb for calories.

“Rather than tinned fruit in syrup, instead use fresh fruits that are naturally sweet”, she says. Yes it will go off much quicker and yes it is more of a hassle, but in the long run it will be oh so worth it.