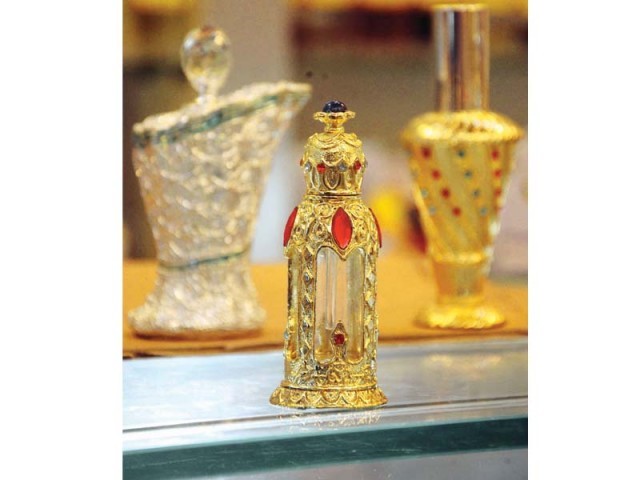 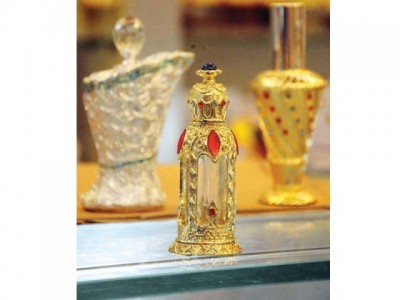 If you’ve seen Perfume: The Story of a Murderer, chances are you still get seriously freaked out upon meeting a perfume oil (commonly known as itr in our part of the world) enthusiast or aficionado.

In his quest for the most powerful and redolent perfume, the protagonist hunts and kills all those that can contribute to the making of this special fragrant oil. And while not many of us can subscribe to such an intense obsession with fragrances, there are many who are perfume lovers and avid collectors of limited editions of perfume.

Perfume’s most basic form, itr, has come back into vogue with full force in the subcontinent. Legend has it that Mughal emperor Akbar had a 100 bottles of itr. Jasmine, rose, kewra or mogra — the splendor potion of the past, once edged out by international perfume brands, is unleashing its heady scents in India once again. Tagged as the purest non-alcoholic natural fragrance, itr is made with flowers and takes five to seven years to reach maturity. Packed into tiny colorful glass bottles, itr, like wine gets better with time.

Taking this tradition forward, India has been actively promoting the trade with The Itra & Sugandhi Mela organized by Delhi Tourism at Dilli Haat in the Indian capital. The event is cited to be the first-of-its-kind fair, attracting buyers from both India and abroad.

On this side of the border, one of the oldest traders in the perfume game, Saeed Ghani, whose family has been in the trade since 1888 carries both oils and perfumes, some of which are derivatives of popular modern day fragrances such as brands like Hugo Boss, Issey Miyake and Kenzo. “Itr is the invention of Muslims,” says Sohail at the Saeed Ghani store with pride, as he explains the logic of how oils are softer scents and are longer lasting since they travel in air, as opposed to perfumes that travel along with alcohol. The store carries concentrates of foreign perfume brands as well as local oils. “We haven’t innovated on these international fragrances,” he says honestly. “These concentrates come from India and France since only they have the technology to create them.”

In this part of the world, itr has taken dominance over perfume as society has become more dogmatic. Yet Waqas, who works for Junaid Jamshed, a brand that carries connotations of religiosity given its owner’s public persona, claims that “our perfumes have denaturalized alcohol and can therefore be used during namaz”, adding that their fragrances sell well throughout the year irrespective of the season.

However, Shahbaz at the Bahraini brand, Asgharali, reveals: “Ramadan is the highest cycle for sales perhaps from the alcohol stand point. People believe that spraying on scents with alcohol will make them impure, hence they avoid perfumes during fasting.” Of all the brands selling itr, though, perhaps Asgharali has the most ornate vials to offer. And in this game of fragrances, half the battle is won with the right packaging and bottle.

“It is said that during ancient times, a princess’ toiletry would be incomplete without itr. It was also a customary practice among the royals to offer itr to their guests while saying goodbye. Mirza Ghalib and Mughal emperor Akbar used to have 100 bottles of itr,” says 85-year-old Naquib Husain from Lucknow. Queen Noor Jehan, too, was known to use it.

Itr such as the hugely popular Oudh has a rather complicated process of creation. A pest settles and feeds on a specific part of the agar tree and only that part of the trunk generates fragrance and is extracted for the oil. Given this time consuming natural process, the purest of Oudh can go up to Rs40,000 for a 12 ml vial. Sohail at Saeed Ghani feels that we can create the best fragrances with the kind of flowers such as motia that grow in Pakistan, but without proper nurturing and upkeep these flowers cannot bloom to their full potential.

He also makes an interesting point about itr as a religious substitute for perfume, stating instead: “It’s not just religion, but the fact that itr is cheaper than these perfume brands that makes it a hot sell.”

with additional input from ians