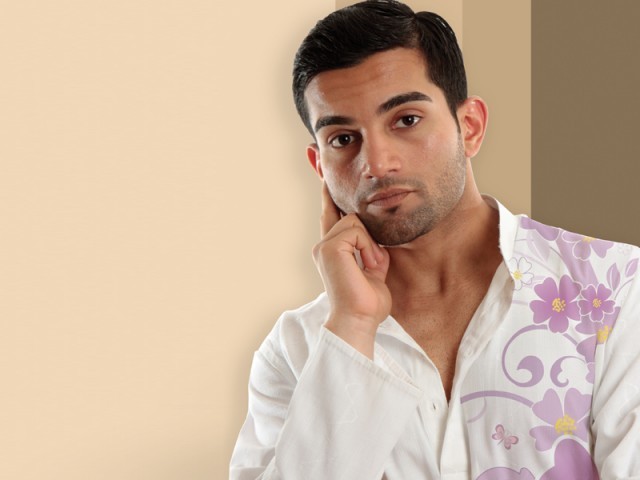 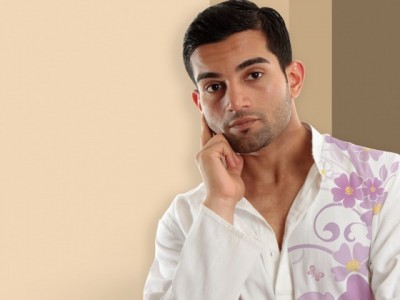 If there’s one thing that we will all remember from the summer of 2011, it’s the lawn invasion.

The billboards featuring bevies of models that hovered from above in their fabric laden glory, the Bollywood bazaar that resulted in heated Indo-Pak diatribes, the traffic blockages along the urban centres’ main veins and the stampede that ensued, as an avalanche of women marched with a mission: Must go get the whole nine yards!

All the craziness and inconvenience aside, lawn exhibitions proved how much purchasing power and textile prowess the country possesses and, if done well, lawn can be that one unique product that Pakistan has to its own.

While the onus of lawn this season has invariably been on women (and many would indeed argue that fabric and women are synonymous), two brands, HSY and ChenOne, took a grand leap of faith, de-gendered the fabric and ventured into a whole new market: Men.

In his signature, heavily embellished style, HSY crafted a fabric that he then styled for both men and women — and it worked brilliantly for both. Testimony of which one observed at the recently concluded Bridal Couture Week, where Hasan Rizvi of BodyBeat performed a vigorous dance routine in a kurta fashioned from HSY lawn. The fabric lent Rizvi’s outfit a formal look with the ease of lawn, and didn’t crease, even with all those pelvic thrusts.

But considering the fact that until two years ago, lawn was essentially a garden in bloom on fabric and not many men would deign to wear floral prints, does the market for men’s lawn have enough or equal steam as that for women?

Ziad Bashir of Gul Ahmed, the reigning monarchs of lawn, disagrees: “Very few men, even in the West, wear floral printed or sheer clothing so the idea won’t really fly here, even though we do carry a line of floral printed and pop art shirts at our store. This collection is the closest we have gotten to ever producing ‘lawn for men’.”

He further added that the company would rather focus on the women’s department, than produce huge quantities for men, something that even Daanish Lala of Lala industries agrees with. “We haven’t really thought about producing for men and neither have we ever worked on the idea. But that’s not to say that we won’t ever do it. It all depends on the market demand,” said Lala.

Lawn as a fabric may not be the best choice for men, as Bashir pointed out, given how light-weight it is, a point that even a fashion retailer like Zahir Rahimtoola makes, “The weight in grams of the fabric in case of men may have to be increased. Also, Pakistan being a country that subscribes to ‘macho man’ notions, there will be a need to replace the term ‘lawn’ with something more masculine.”

Yet that’s not to say that textile brands have been ignoring the male market. One of the larger brands in the fabric game, Bareeze, places equal importance on both its male and female clients. “Bareeze already does lawn for men, under the brand ‘Bareeze Man’,” defended Zain Aziz of Bareeze. “We have yet to advertise it properly,” he admits, but says that stocks are available across 13 stores in Lahore and while they have been manufacturing fabric for a decade, they have begun to sell stitched garments only six months ago.

One has till next week to see what the life style brand ChenOne brings to the fore, when they launch lawn for men to accompany to their women’s brand, Pareesa.

“Men in the 1940s and 1950s would wear lawn, not really in prints, but as checks. So we are just reviving this trend,” spoke Imran Butt of ChenOne. “We want to brighten up men’s wardrobes. Next year, we will take out a whole collection of shalwar kameez sets for men,” promised Butt, who showcased this new men’s wear collection at an exclusive show in Karachi  last month and will be replicating the experience for Lahore this weekend.

Given the oppressive heat that the country experiences for the long stretch of nine months every year, linen trousers replace men’s usual pants and lowers and the comfort of a lightly draped kurta can go a long way to beat the heat.

It would be interesting to see what men’s wear designers, such as Deepak Perwani