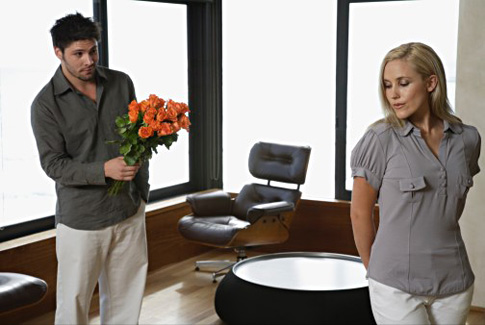 Time and again I see problems blown out of proportion and relationship dashes because of someone having too much pride to say those two little words: “I’m sorry”. I’ve never really understood people who refuse to apologize under any circumstances.

Is it because they’re too proud or because they genuinely believe they’re some kind of superhuman person who never makes mistakes? It’s beyond me why they do it. But one thing I know for certain is that their pigheadedness causes them more trouble than it avoids.

Let me give you an example of how easily a problem can be solved with a simple apology. A few years back, I was living in a large residence with 40 other long-term occupants. We used to go out often having a good time together.

One day, some of the girls in the residence started acting a bit strangely towards me. They avoided talking to me and gave me mean looks. After a day or so of this, I finally found out what was going on. I’d said something to a popular girl the night before which she didn’t like. I’d had a few drinks that night, and like everyone I sometimes say things that sound harsher than I mean them to.

Anyway, it seems that girl had told a bunch of her friends, and now they were all angry at me. They found a great opportunity to obsess about all the other supposed crimes I’d committed over the past year. Previously, they’d all really liked me, but suddenly they decided I was a really bad guy.

This was a difficult problem. I lived with these people and liked them all. I didn’t want them to hate me because of something stupid I’d said. Perhaps they were wrong and perhaps I was wrong. It seemed irrelevant to me. All I wanted was things to be back to normal again.

So I wrote the popular girl a note saying simply: “I’m sorry if I hurt your feelings. I didn’t mean to”.

And that was it. The problem evaporated. In fact, the girls who were angry with me now liked me better than ever. They knew I’d done something courageous in admitting I was wrong and apologizing.

Of course, I could have taken another path and dug my heels in. The truth was I couldn’t even remember what I’d said that was so offensive, and I was a little skeptical about the whole thing. I’m sure I’d done something wrong, but it all seemed a little blown out of proportion.

But what would I have got from that path of action? Nothing.

I defused what could have caused a big problem with me simply by knowing when to back down and apologize. I think everyone had forgotten about the whole situation within a week.

Learn how and when to apologize. Often, the pride and stubbornness you hold onto by refusing to back down isn’t worth the price of a prolonged argument. An apology can do wonders for healing a difficult situation. And often, people will think better of you for it.