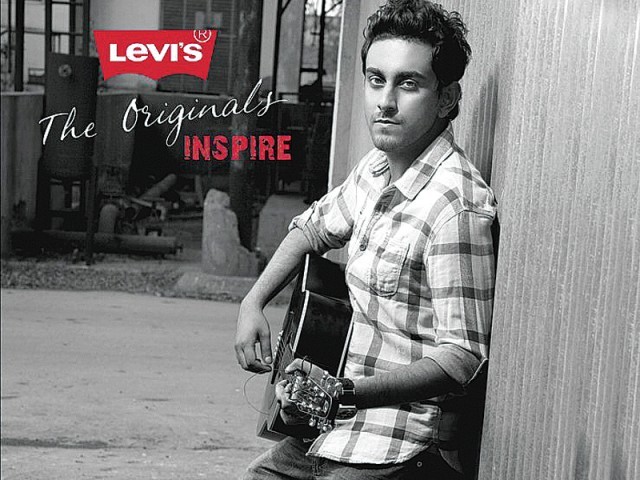 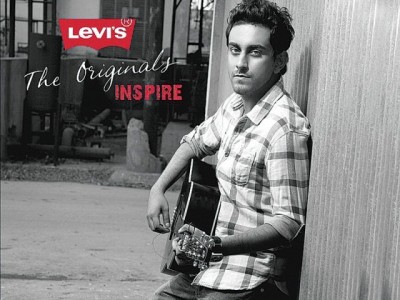 “Levis Originals: Inspire is about how Strings are the originals and Zoe and Bilal are inspired by the originals,” said Adnan Malik, creator and executive producer of the campaign. “Levis wanted a twist on a photo shoot with Strings, but I thought they should give the stars of tomorrow a platform. The mainstream artists have done so many campaigns already, why do we want to keep seeing the same people?”

In the case of Coke Studio, promoting independent artists has translated to direct market gain. In recent years, Pakistan has become entrenched among Coca Cola’s 15 fastest-growing global markets. And for Pakistani artists who can’t access the-incidentally, dying-giant labels of the west, it’s a viable means of funding and distribution.

“Music is something I do for me, whether or not I make money out of it,” said Bilal Khan, 24, a veteran of Coke Studio and another Levis artist. “Levis is a cool brand, I wear it anyway. So I’m promoting something I believe in. Really this is just another way for me to make music.”

Levis’s one year agreement with Viccaji and Khan grants the company promotional rights not only to the songs produced for the campaign, but to the use of artists’ images and bios. To that end, they agree to appear at specific events in a Levis-funded, Levis-branded wardrobe. But Viccaji, 27, is happy with the partnership because it offers her “complete artistic freedom, the access to recording equipment beyond a home studio” and she hopes, a stepping stone from which to launch her career. “It’s a win-win situation,” she said.

Whenever Viccaji records a new song, she has qualms about sharing it, even with friends. “There’s a sense of vulnerability, because you know someone’s going to find some issue with it. But with ‘Bichara Yaar’, no one has had anything bad to say about it. Maybe that’s because acapella is such an anomaly in Pakistan that people are too mystified to criticise it. Or maybe that’s because it’s actually good.”

Malik directed the video for “Bichara Yaar”, which was shot in the same abandoned factory used for the print campaign photos. “The energy of the old factory worked with the loneliness of the song and the idea of a past life. It’s a bit existentialist, thinking of how we’re alone in life and in death,” he said.

The video was released on YouTube and promoted on Facebook, ironically echoing the grassroots marketing and distribution methods Viccaji would have used without corporate sponsorship. Both Viccaji and Khan worked in advertising before quitting their day jobs to concentrate on music.

“I really wanted to show the process of acapella from a visual standpoint,” said Malik. “I don’t think that’s been done before in Pakistan, at least not in a music video element. There’s this idea of layers that began to haunt me. I kept imagining Zoe alone in a dark space, as if she was looking for something. Then suddenly there’d be four or five of her, as if she’s keeping herself company.”

The nuts and bolts of the campaign are nebulous and erratic for corporate marketing. In fact, Malik was originally approached to model for Levis. From this inauspicious opening, Malik sold Levis on a new marketing concept, and then convinced them to put him in charge.

But the ambiance of The Originals: Inspire campaign parallels the global brand that Levis projects, falling in line behind the likes of last year’s “Go Forth” campaign, which drew heavily on the words of Walt Whitman, the “father of American poetry”, and the idea of Levis-the-pioneer, the first makers of blue jeans. Now Levis is promoting the pioneering musicians of Pakistan. Internationally acclaimed Strings have been together in some form for 23 years, and Bilal Khan is a new pioneer of the online era, spearheading his career with the help of YouTube and a video camera.

“I recorded the first version of ‘Bachana’ in my bedroom, and posted it on YouTube,” Khan said. “When it had 100,000 hits, I realized I needed to make a proper music video. The new version has over a million hits.” Khan plans to self-release his first album next month.

As for Khan for Levis, his Strings interpretation is being kept under wraps, but it will be released June 10 on CityFM.