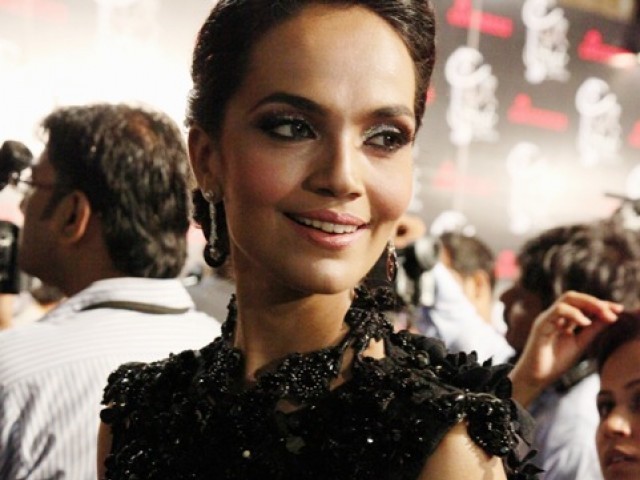 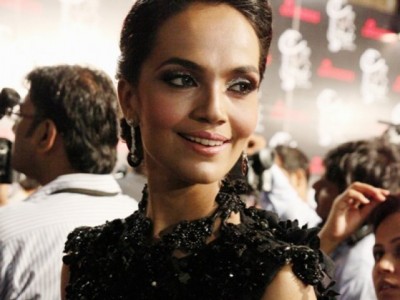 The Lux Style Awards (LSAs) celebrating their 10th anniversary this year, are being held at the Expo Center in Karachi tonight.

The LSAs have grown strength by strength over the years becoming one of the most hyped up social events on the calendar, with shows being held abroad as well, including Malaysia and the United Arab Emirates.

The show boasts of 10 categories in fashion nominations depicting the industry’s growth with nominees that were a heady mix of the old guard as well as the young. Besides fashion, other categories included film, television and the entertainment industry.

The show under way

The show commenced, beginning with the national anthem

According to The Express Tribune correspondent Maha Amin, designer Hassan Shehryar Yasin (HSY) and film star and director Reema danced to a number from her latest film, Love Mein Ghum. One of the highlights of the evening early in the show, they were joined by other celebrities too, including Aaminah Haque and Ammar Belal, who walked out on a ramp in the middle.

Yep, I’m nominated for Best Fashion Photographer. RT @sohailanjum are you up for an award? #LSA

The show was hosted by many celebrities, acting as presenters, including television personalities Mathira and Faizan Haque as well as fresh off the success of her debut film BOL, Mahira Khan Askari. However Haque and Askari were the prominent hosts of the show.

Often touted as the ‘Oscars’ and ‘Filmfares’ of Pakistan, the LSA red carpet is a place for local glitterati to dress up in their designer best.

Earlier on the red carpet, sponsored by clothing brand Bonanza, Mathira was the host and was dressed in a less than stylish animal print dress by Shehla Chatoor. Also spotted on the red carpet was local style goddess and diva Frieha Altaf, also the driving force behind the event over the years.

Dressed in a stunning Fahad Hussayn black gown, she revealed that she feels emotional whenever the lifetime achievement award is given.

Speaking to the media on the red carpet, Amir Paracha, VP Unilever Pakistan had said that 10 years ago they started promoting the fashion industry and in the past three years were not able to give a bigger show, but this time around have managed to give everything. He added that Lux is all about style, glamour and beauty and they planned to promote celebrities and such events in the future, to encourage young talent particularly.

One of Karachi fashion scenes’ most adventurous designers Rizwanullah made a stylish entrance in skin-tight, shimmery pants.

Former Video Jockey (VJ) and now actress, Mahira Khan Askari looked ethereal in a royal blue evening gown designed by Deepak Perwani with her hair tied up, accessorizing with silver earings and a thick silver bracelet. She said she had worked with wonderful director, referring to her debut film BOL, and was feeling nervous.

Film star Meera was dressed in a white and silver sari, accessorizing it with beautiful big ear-rings.

Like most weddings, Sana Safinaz ruled the red carpet with celebrities like Sahira Kazmi and Savera Nadeem wearing the popular designers’ flowy designs.

Nadeem wore a signature Sana Safinaz in bold shocking pink with black and white sleeves while Kazmi’s was a green and beige combo dress.

And the decision has been made!! It shall be a beautiful Irish linen dress by my favorite Turkish designer/label #Nu!!! Phewwwww!!!

Television celebrity Anoushey Ashraf was in a Sanam Chaudhry outfit, an interesting fusion of east and west while model Natasha (Natty) Hussain wore a Kamiar Rokni sleeveless gown with black and gold work done on it.

The famous photographer and stylist Khawar Riaz was in his signature style, wearing a kurta from Khaadi.

The ever graceful television personality, Bushra Ansari was in an Umar Sayeed creation. A maroon top over a churidar pyjama.

One of Pakistan’s top models in recent years, the gorgeous Ayaan was in a Sonya Batla black gown with diamantes on the neckline along with feathers.

Actor Mohib Mirza donned an interesting look for the show, wearing an Imran Rajput black sherwani with red lining running along, over black pyjamas. He accessorised it with a Jinnah cap while carrying a small cane in his hand.

One of the best emerging talent nominees tonight, Aamina Sheikh was in a backless black gown designed by Fahad Hussayn, accessorising it with Samia Azmay creations, including shoes with feathers on them.

Fashion industry’s ‘power couple’ of sorts, Aaminah Haq and Ammar Belal claimed to be in a vintage 70′s look saying that fashion from that era was back, with Belal wearing his own creation, a black suit while Mrs Belal was in a peach and crimson color gown designed by her husband.

Another couple from the entertainment industry, musician Immu and stylist Nabila were present at the show too. Nabila was in a YSL outfit, comprising of a pink top and orange pants, while Immu was in an all black formal look, wearing a shirt and pair of pants.

Earlier before the show commenced, veteran fashion designer Maheen Khan, speaking to the media, said she was glad to see such events in her life time where in young designers get a boost and that it was fantastic that the LSAs were happening.

Other notable celebrities including designer Deepak Perwani an Fareshteh Aslam shared the same view with Aslam adding that she was excited to see every one else excited about the event.

Perwani was dressed casually for the event, wearing a pair of jeans and a shirt.

Socialite, Nashmia Ahmed, gave a very interesting reply when asked about her dress:

‘Bangkok se liya tha… koi hoga Chinese wala!’ (I bought it from Bangkok, must be some ‘random chinese designer’)

HSY, dressed in a smart black and white suit designed by him, modestly said that he had already won three out of the nine times he was nominated and would not mind if some one else won the best designer award this year.

Prolific director Saquib Malik dressed in a black suit, looking excited, said that it was good knowing that things are still happening in Pakistan and such award shows keep growing each year which meant a lot to the country’s entertainment industry.