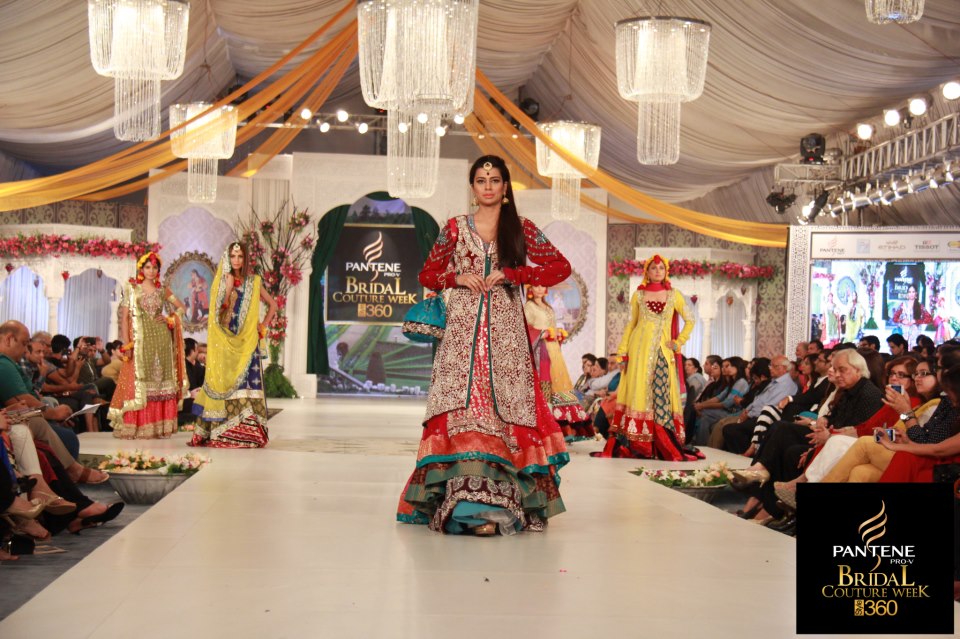 Day 2 of the Pantene Bridal Couture Week Lahore 2012 followed a Mehendi theme that could be observed in the décor of not only the red carpet and entrance area but also the ramp.

As the extravagance of the theme set the mood at the red carpet, the collections themselves were a great disappointment. Instead, the showstoppers of the night were indeed the highlight of an otherwise uneventful evening.

The Jodhabai collection opened the second act of the evening. Layered shirts and Cinderella-like off the shoulder sleeves in black really did not give a promising start to the collection. However, in keeping with the mehndi theme, the designer showcased vibrant colors such as shocking pink, red, green and ivory. The bridals again, saw blacks and chattapatti but nothing really stood out in the collection.

A recent Pakistan Institute of Fashion Design (PIFD) graduate put out a disturbingly inharmonious collection. The marriage between red and black throughout the collection did not quite mesh well. While the silhouette of the collection remained long and floor skimming, we did not see any innovation or design concept. The designer’s attempt at heavy bridals translated into outfits full of overwhelming embellishments that looked too much of a mess to look pretty. 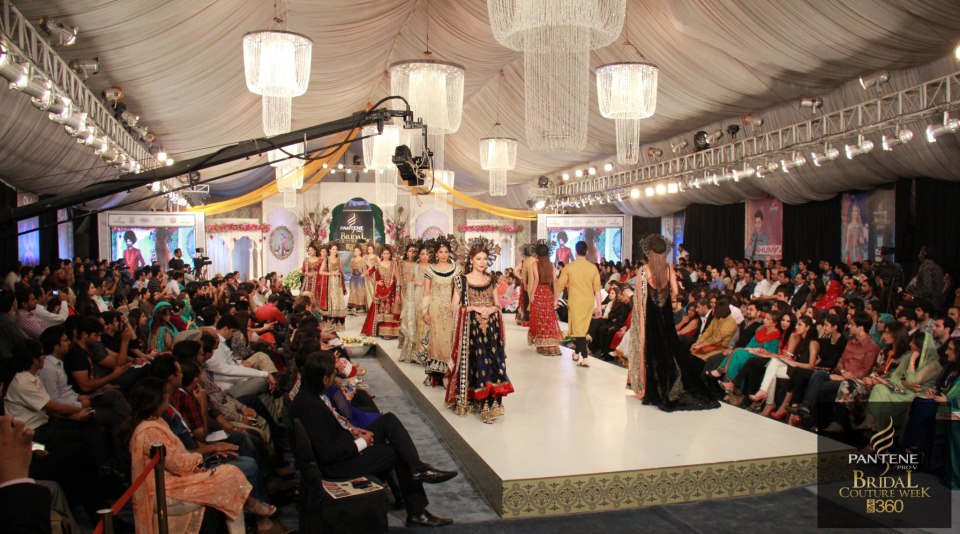 This was a collection inspired by Persia, and really uplifted dull spirits on Day 2. While the only thing Persian about the collection was a black velvet overcoat modeled by Fayeza, the block print textured pants definitely stood out. The simplicity of the pants, lehengas and ghararas was a welcome change from the over embellished canvases.

Super sultry Mathira opened Ali Xeeshan’s show with a scintillating dance performance. After we saw the voluptuous TV show host shake a leg at the Lux Style Awards earlier this year, she wowed the audience with her moves to “Man Mohini” from Hum Dil De Chuke Sanam. Her neon pink choli and sunflower yellow skirt gave a very Basanti feel to her getup. While Ali Xeeshan showed the same collection as he did at PFDC L’Oreal Paris Bridal Week and a few pieces from the year before, he seemed to be selling his production house more than his clothes. 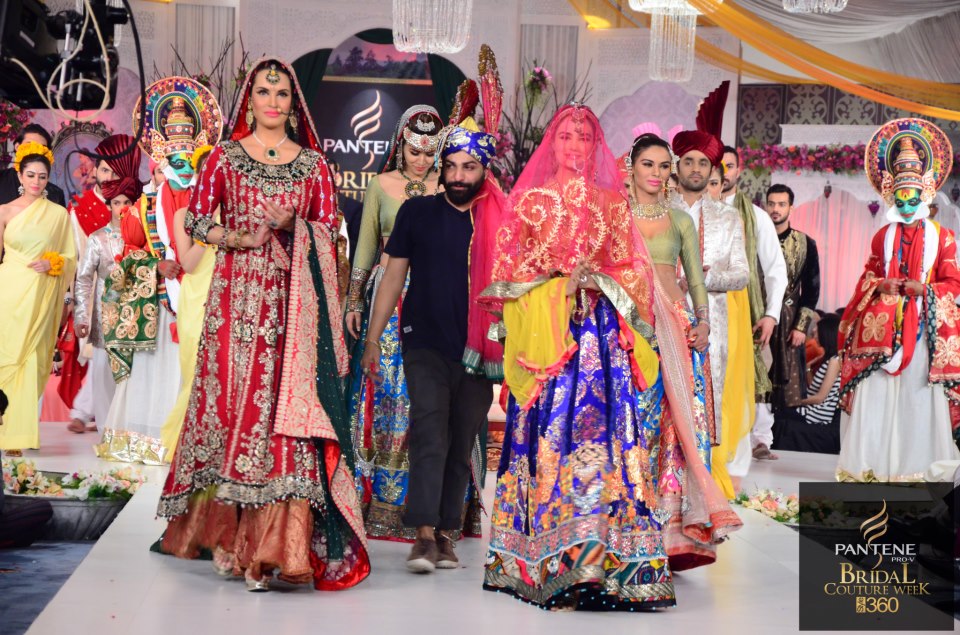 While Sanam Marvi performed in a floor skimming heavy green and beige outfit, Rani Emaan closed the first act by presenting the Nauratan collection. The designers showcased a relatively better collection than what was seen earlier on in the night. Nadia Hussain’s green and plum outfit had an unusual vibe and was a welcome change after all the red and the black that was seen earlier on in the evening.

This was yet another disappointing series of outfits on the runway. With peek-a-boo shirts and capri pants and a wide spectrum of colours such as black, white, pink and red being used, the kaam, cuts and concept was unimpressive. It is interesting to see how the colour black is so popular with designers for bridal wear.

This new designer presented a chattapatti collection with jamdani shawls. Interestingly, he also opted to use black with his chattapatti, the other colours being orange and maroon. In keeping with the mehendi theme, the Kazmi’s outfits had some prominent yellow, rust and mehendi green pieces. Other than that, his collection had a lot going on.