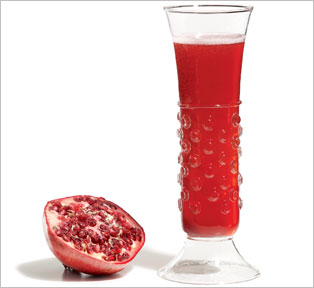 Pomegranate juice has become popular in the past few years, but does it really live up to the hype? It looks like it.

Several recent studies have shown significant potential health benefits from drinking pomegranate juice. Here are eleven of them for you:

Slows Prostate Cancer
It slowed the growth of prostate cancer in mice.

Keeps PSA Levels Stable
In a study of 50 men who had undergone treatment for prostate cancer, 8 ounces of pomegranate juice per day kept PSA levels stable, reducing the need for further treatment such as chemotherapy or hormone therapy.

Protects the Neonatal Brain
Studies show that maternal consumption of pomegranate juice may protect the neonatal brain from damage after injury.

Protects the Arteries
It prevents plaque from building up in the arteries and may reverse previous plaque buildup.

Alzheimer’s Disease Prevention
It may prevent and slow Alzheimer’s disease. In one study, mice bred to develop Alzheimer’s disease were given pomegranate juice. They accumulated significantly less amyloid plaque than control mice and they performed mental tasks better.

Lowers Blood Pressure
One study showed that drinking 1.7 ounces of pomegranate juice per day lowered systolic blood pressure by as much as 5 percent.