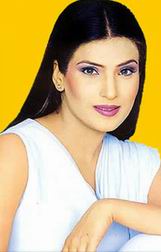 The fashion industry of Pakistan is growing in volume with every passing day. The credit goes chiefly to the mainstream fashion people, who have been instrumental in this change. While a lot of new designers are venturing into this field, the old ones are just getting better day-by-day. But those who have education and experience are dominating the scene right now. Among the few good designers in the fashion arena, one designer whose work has captured the eyes of many is Moazzam Abbasi. His label Riwayat is a trend-setter for the women of today.

A glance at his design affirms what the designer himself professes about his style: “fusing our eastern traditions with the contemporary fashion.” His dresses depict his thoughts very clearly to his targeted clientele with soft pastel shades and intricate embroidery. His colours are best suited to women looking to keep themselves with the current trends in fashion. At the same time, his designs remain simple but intricate enough to give something better than what many designers are not doing. He concentrates more on the up-to-date style and fuses his own concepts and thoughts in the process so as to create a modern yet eastern outfit by a sleek and elegant silhouette.

“Whatever you wear and comes out nice is a design. It must come out very nicely, outward should be a part of you and must compliment you. It shouldn’t make you out of the whole crowd. It must be affordable, wearable, should be creative and not mass produced as everyone has a different personality”, says Moazzam Abbasi when asked about his design philosophy.

An experienced fashion designer, Moazzam Abbasi ventured into designing accidentally. “I started off in 1991-92, and my first shoot was published in Fashion Collection because of Aliya Imam who encouraged me to design clothes when I criticised a shoot published in one of their previous issues. She was the person behind making me a designer.

She then referred me to Collage-a big outlet at that time-which inspired me to do what I am today. Not many designers were there then, but in Hyderabad, most of the people have an edge over me”.

When you get to know this Hyderabad-based designer, he is an extremely down-to-earth individual with a straightforward and professional attitude towards his work. Because of this demeanour, most of the people adjudge him a rude man having an aura about him.

But the fact is that Moazzam’s work has been acknowledged by many leading Fashion designers of the recent times and his work has been exhibited internationally. He is also the runner up of competition held in Moscow, where he bagged second slot out of 16 designers from all over the world. His eastern and trendy designs have received an overwhelming response from local as well as foreign clients.

The most important element in his work is selection of quality fabric and the application of refined styles. He selects to work with the indigenously developed clothes for the very reason that it supports the local industry as well as keep the prices low. “What is the point of using such material that gives a sky rocketing price to your dress? It is really sad that designers are only catering to a particular section of society. My philosophy of fashion is bit different and that is why I want to do the fashion across the globe so that anybody and everybody can wear that.”

He has been in the fashion industry for the last twelve years, but his determination and passion for excellence is exemplary. One can expect some revolutionary styles, ideas and techniques in the field of fashion designing from him. Talking about the trends that distinguish his work from other designers, he said: “Embroidery is back. I am trying to get the traditional work being done in Hyderabad and use that as a motif in my design as most of the designers don’t use that.

I am doing a lot of revisions in the traditional designs and making them in concerned with the modern age as well as designs. I started changing all the things. At times, motif was the same but I put them on trousers rather than on shirts. I don’t believe in using foreign material as I mostly use indigenous clothes, like Khaddar, in formal outfits thereby keeping the price of a product low.”

His biggest aim and dream now is to turn Hyderabad into a fashion industry after Lahore and Karachi. “I want to develop an industry in Hyderabad. I want designers, photographers and models from that city. It is the third city that is going to produce designers. I am fairly successful in that. Sindh National Textile College has been established in Hyderabad just to give all such people a way out. Most of the students of that institute are from lower-middle class, but they are very enthusiastic about this.”

Talking about his label Riwayat, he said: “It is basically a trend that people set, which remains there for the rest of their lives. You must not follow a trend rather you should set one for yourself.” He likes the work Imrana Ahmad, Body Focus, Sana & Safinaz, Umar Sayyed and Karma because they ‘all make really nice clothes.’

Talking about the controversy about copying a design of Soniya Batla, he averred. “Soniya Batla has accused me that I copied one of her designs. But I want to tell her that I made this design four years back and I can rather prove that. In fact, I should accuse her for copying my design. Creativity can come to any person and I don’t need to copy her to stay in the designing. I am here for the last so many years and am only working because of the new ideas and my creativity.”

While talking about the emerging new designers, who are taking the fashion scene by storm, he said: “Erstwhile designers created a hype about them just for nothing. Today, you can see designers, like Zain Mustafa, Khalid, Fayyaz Agariah and many more nowhere in the fashion arena. When they enter the field, their creativity level is very high, but when they start working, they come to know about their real standing. After the initial work, the creativity level just withers when they have to give new designs after six months.”

When asked about the role of fashion schools in launching designers, he said: “Fashion schools just polish skills. They don’t make good designers. It is inside you. In fact, we don’t have some good designers produced by these schools till now except Maria B. All of them are designers without the support of any such schools.

You can hardly see any big name. They don’t go to schools for that, as it is basically a natural talent. People, who can visualize well, can only do creative work. Design schools can fairly tell you measurements, how to cut but not to design. It is a big question whether we still need to go to fashion schools to learn fashion.”

Moazzam has not reached the top slot. He maintains: “I have achieved what most others have not. I have not many friends in the media. That is why I am not at the top. I don’t want such support at this level.” But interestingly enough, a lot of photographers and models owe their success to him. “I introduced Abid Saleem to do shoots of Iraj and Faryal. Similarly, I did the first-ever shot of Sonia Khan. Iraj also did one of her earlier shots with me. I polished Abid a lot and now he is a very good photographer.”

Moazzam talks about the trends that fashion industry has been through. “Of course, time has changed. Trends have changed. People are now going to designers and are getting their outfits made. No concept of such things was there before that. The market has been able to sustain for longer duration and the industry has progressed at the same pace. But still it is still not organised at a level where we start appreciating each other.” Moazzam has a theme behind his and design and collection. He always tries to present his work in different ways, for it is purely artistic and abstract.