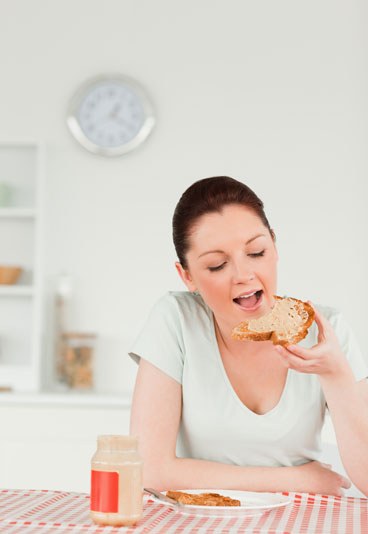 You could lose over 40 pounds per year making these simple changes to your diet.

Instead of dishing up a cup of cream of broccoli soup, which has 180 calories and 7 grams of fat, choose a bowl of chicken vegetable soup instead. You get just 75 calories and under 3 grams of fat for the same-size serving. ?Save 105 calories and 4 g of fat. ADD IT UP Make this change once a week and cut out 5,460 calories a year, or roughly 1 1/2 pounds.

Two tablespoons ofranch dressing racks up 140 calories and 16 grams of fat. Using a store-bought balsamic vinaigrette spritzer, on the other hand, packs a lot of flavor but only 1 calorie a squirt (10 calories for an individual-size salad), and only 1 gram of fat. ?Save 130 calories and 15 g of fat. ADD IT UP Make this change three times a week and you’ll cut out more than 20,000 calories a year, which is almost 6 pounds.

One 12-ounce can of Coca-Cola has 140 calories, all of it from refined sugars that are pure trouble for people with diabetes. Replace it with a glass of ice water (0 calories) — add a squeeze of lemon, cucumber slices, or mint leaves for a nice refreshing flavor. ?Save 140 calories. ADD IT UP Make this change once a day and you’ll slash 51,100 calories a year, which adds up to more than 14 pounds.