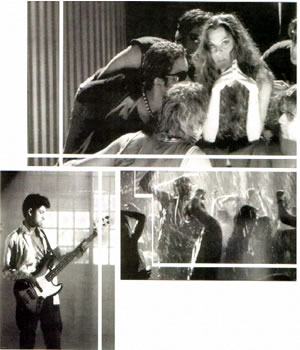 Truly one of the best video directors in Pakistan, Sohail Javed has come a long, long way. His videos have left a mark in the Pakistani pop music industry, and have been an inspiration for the new generation of video directors. How many years have you been in this field? … Read more

Rage is formed by four talented youngsters named Salman Haider on vocals, Ahmer Kenneth on lead guitars, Aamir Abbas on keyboards and Chris on bass guitars. Rage is not new to Pakistani music scene as it started the journey in 1986 as an underground band from Lahore. Rage – having … Read more