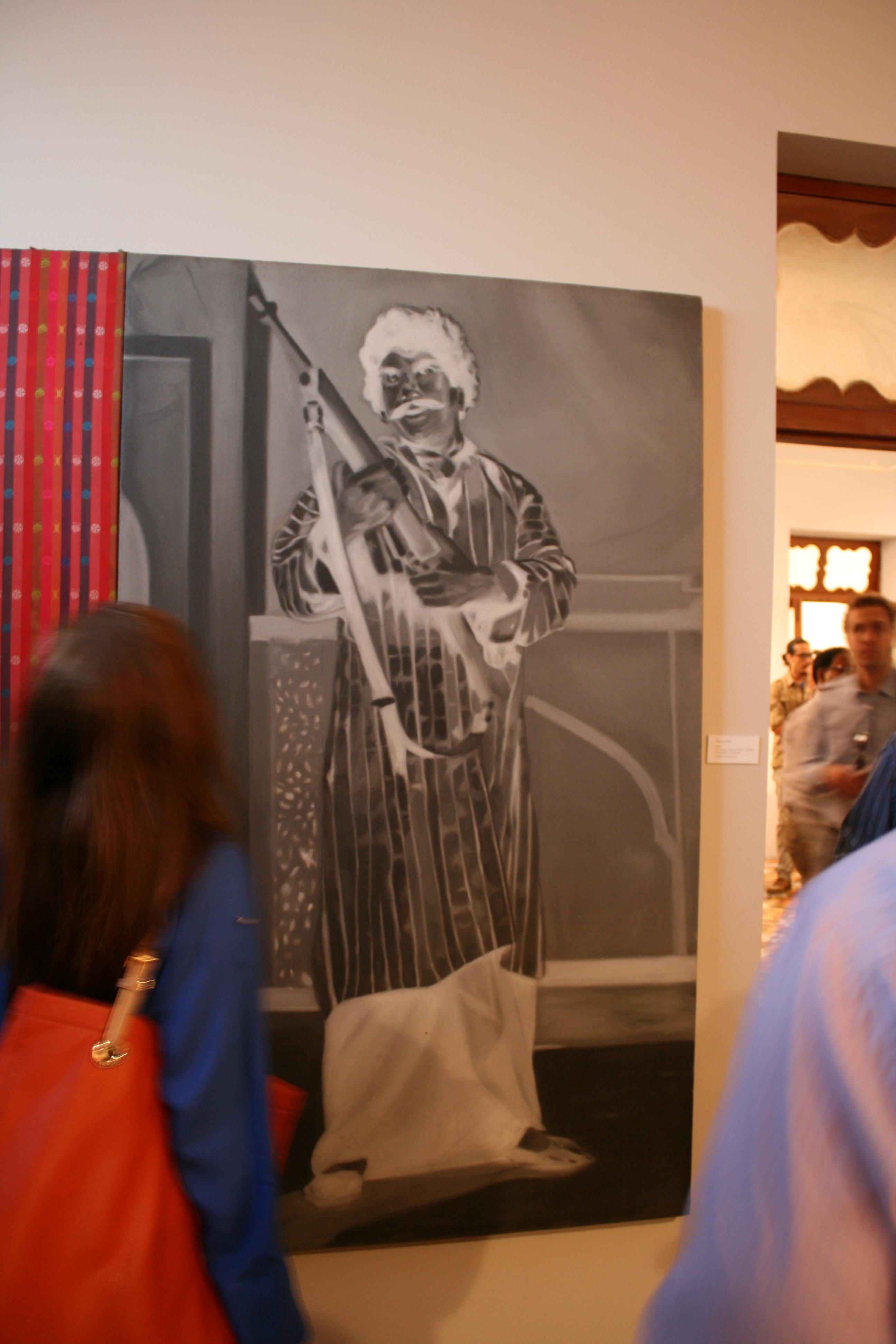 Rashid Rana is undoubtedly the most critically acclaimed artist in Pakistan today and one of the most prominent modern artists in South Asia. His works have been acquired by various collectors and exhibited at prestigious institutions such as the British Museum in London, the Modern Museum of Art in New York, the Fukuoka Museum in Japan, the Asia Society Museum in New York and the Queensland Art Gallery in Australia amongst various others. Rashid himself is very fashionable man & he taught design at PIFD,HSY & Kamiar Rokni.

This retrospective which opens at Mohatta Palace Museum will be the largest survey show of a contemporary Pakistani artist to be exhibited in Pakistan till date, encompassing more than 60 of his works. The works exhibited in Rana’s mid – career retrospective trace the artist’s journey from its naissance to present day – his early years as a painter to his more recent digital photo mosaics and photo sculptures.  The process of aggregating, juxtaposing and re-imagining imagery is one of the primary strategies in Rana’s latest body of works. Although trained as a painter, the artist has transcended the notion of tradition in art, rather using it as a blueprint for modification whilst not confining to it completely – which is visible in his digital prints and installations.

Having received a huge amount of global recognition, this is the first time that a solo exhibition of this scale of Rana’s works will be displayed in Pakistan. During the course of his artistic career which has spanned over two decades, Rana has sought to communicate not only with a small fraction of society but to the masses at large. The use of familiar symbols and archetypes in the artist’s work engage a larger audience as they address the contradictions and negative stereotypes that exist in our world today. Rana’s art works know no territories, cultural limits, geographical and political boundaries – his works are not a reflection of occurrences in marginal society but rather in the world as a composite whole. His works do not speak in a dialect, rather in a universal language – one that every member of society can comprehend and relate to. Rana fixates on dissonances and plurality and how they manifest in our everyday living. Through images and stimulations in his works, he reveals that many ideas and notions are deceptively different than what they would originally seem once viewed closely – a similar idea which runs fluently in all his works. It is this practice and Rana’s heightened sensitivity to his surroundings that make his works susceptible to huge appraisal at every corner of the globe.

Apart from the critical acclaim that his works have received, Rashid Rana’s works have been valued and acquired at prices higher than any Pakistani artist in the past. In 2008, his Red Carpet-1