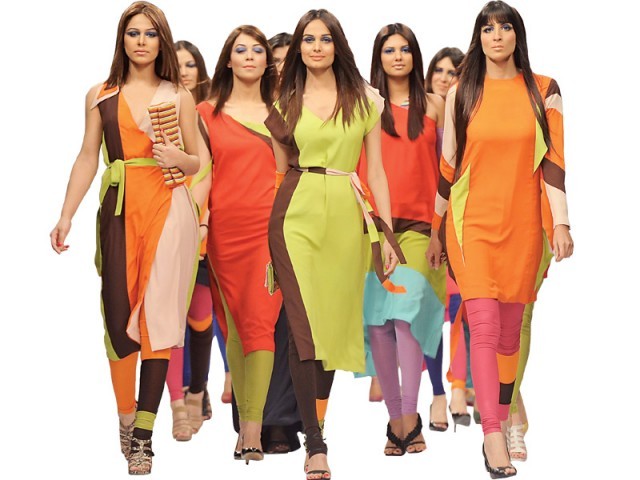 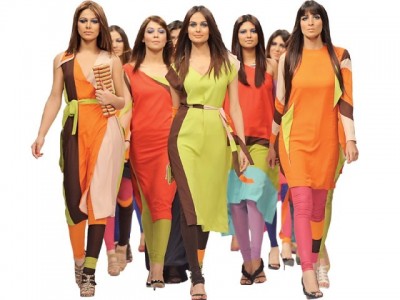 Fashion’s sudden eruption two years ago meant that specialized knowledge in the field became the need of the day. The fashion school initiated by PFDC got its official approval and formally became an ‘institute’. The first of its kind fashion school, Pakistan Institute of Fashion Design (PIFD), will now give official degrees in fashion to its graduates. One also saw senior fashion journalist Aamna Haider Isani regularize her own vocational Fashion Media 101 to provide a formal orientation for those wishing to step into fashion. Taking cue from Isani’s project, supermodel Mehreen Syed launched the International Fashion Academy of Pakistan (IFAP). Syed’s institute is an official ‘go to’ place for aspiring models, photographers and stylists which could either float or sink in the coming year depending on its course structure and enrollment.

Although concerts are not always marked on our social calendar, unconventional vocal talents like the Wali Orakzai from Yasir and Jawad and Usman Riaz were still discovered in 2011. Orakzai’s Pashto background and his band’s attempt to bring the poetry of Ghani Khan to the fore, ignited interest in eve Khyber-Pakhtunkhwa, while Riaz stood out for his sheer talent despite being extremely young. Even the music company EMI came back to life and launched its own website. One also saw a whole new trend of promoting political satire through music emerging with the phenomenal global and local success of the Beghairat Brigade’s “Aalu Anday”.

The summer of 2011 defined what summers in Pakistan will henceforth be known for: lawn. This unprecedented explosion of fabric came forth when the term ‘designer lawn’ was coined with reference to designing divas Sana and Safinaz. The duo upped the lawn game by adding embellishments and elevating the status of this summer staple to formal, fashion-savvy attire. With more designers and textile entrepreneurs joining the bandwagon, the lawn hysteria is sure to continue for the next few years.

The launch of 3D cinemas just may bring back the glory and excitement of watching films on the big screen. This year was also healthy in terms of local productions like Bol, Bhai Log and Love Mein Ghum that attracted sizeable audiences. With many more local productions like Waar and Seedlings slated to be released in 2012, one may see cinemas and the local film scene take a new lease of life.

While one really cannot credit the year 2011 to have initiated the fashion week frenzy in the country, it has been a defining year for the industry. New players such as Karachi Fashion Week council stepped in and the trend blazers Fashion Pakistan Council took a bow, leaving the Pakistan Fashion Design Council to strengthen its front. PFDC established itself, built on its credibility and delivered on a pristine bridal week with its pertinent collaboration with the beauty giant L’Oreal in 2011.

After ages did one see a drama reach a cult status to the point where people would deride the ones who weren’t following the serial and even manoeuvre their weekend schedules according to the serial’s timings. When the entire industry is focused on more glamorized productions, “Humsafar” is a simple but poignant ‘touch me not’ romance — which works, these days in novels only. The fact that not just women but men and young adults are also tuning in or YouTubing the serial makes “Humsafar” such a phenomenon.

Pakistan gets its very own version of the popular children’ programme “Seasame Street” courtesy the Rafi Peer group. This colorful and fun puppeteering venture aims to educate rural and urban children through songs specially made for children. “Sim Sim Hamara” also plans to inculcate the lost values of tolerance, sharing and mutual respect that have disappeared from our society in recent times.

Theatre enthusiasts got their first major original musical, “Karachi — The Musical” from the visionary Nida Butt and her Made for Stage productions. Before “Karachi — The Musical”, musicals performed in the country borrowed foreign scripts with marginal resonance to local life and typically geared towards an English speaking audience. Although “Karachi — The Musical” tickets were rather steep — inadvertently leading to only the elite attending the play — it was still an effort to show that we are capable of producing original art works with our own social, cultural and musical sensibilities.

Because of a stable and credible platform like PFDC, one got acquainted with Pakistani fashion’s most exciting discoveries such as Adnan Pardesy and Ali Xeeshan. Designers who were considered the flag-bearers of the fashion industry in 2011 are: Pardesy for his construction, Xeeshan for his styling, Mohsin Ali and Akif Mehmood for turning on tradition and Fahad Hussayn for draping and embellishment. However, a special mention goes to the gothic and edgy Hussayn, whose dark romantic approach made his collections stand out. The designer has consistently impressed at every fashion and bridal week and has proven that he can truly do everything from pret to couture, plain drapes to grand ornamentation with equal ease and aplomb.