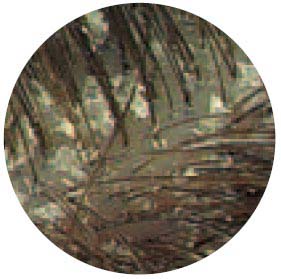 We’ve all seen people with those white flakes on their shoulders, but is it really just dandruff? Is it catchy? Can’t they do something about it?

Dandruff, or seborrheic dermatitis, is common and can be a red scaly rash that is mostly seen on the scalp. The central face around the sides of the nose and eyebrows are often affected and upper body, particularly on the central front of the chest. These patches can be red to salmon pink with greasy looking scales, on parts of the skin that are rich in oil glands. This could be thought of as an inflamed type of dandruff. The dandruff on the scalp is most often not inflamed. When infants have scalp problems, it’s known as cradle cap. These children often have oily looking scales in their skin folds.

* About 2-5% of the population have this condition
* Both adults and infants (in the first three months)
* Adults usually show signs in their 30’s to 60’s but sometimes earlier.
* A type of dandruff is seen in those with HIV disease and is very common in people with neurological conditions like Parkinson’s
* Sometimes it’s difficult to distinguish dandruff from scalp psoriasis in its early stages (See www.PsoriasisGuide.ca for more information.)
* It is more common if you are obese
* It is more common if you have rosacea and possibly acne
* You are more likely to get it if you live in a cold, dry climate
* Sometimes you also get redness and scaling on your eyelid (This condition is called blepharitis)

* About half of the patients have an increase in Pityrosporum yeasts on the involved skin. This yeast is a normal inhabitant of the skin.
* Some individuals have an increase in oiliness of the skin
* Dandruff is know to be increased with stress
* Some drugs, such as cimetidine and gold, may be risk factors
* Heavy drinking of alcohol can be a trigger
* Dandruff is not infectious so you cannot pick it up from a pillow case or hat, nor can you give it to any one else

The Objectives of Treatment

The aim of treatment of your dandruff is to reduce redness, remove scales and crusts, and relieve your itchiness. The objective is to reduce these features and then to find the minimum treatment required to keep them under control.
Treatment Options

There are a number of different types of medicated shampoos. These can be used to control dandruff on your scalp, face and trunk. They can be used daily although 2-3 times a week is usually sufficient. Contact time with the scalp is ideally 5 minutes although I suspect that few of us would have the patience to leave it on so long.

There are all different types of medicated shampoos, each with a different ingredient:

If the shampoo doesn’t control the dandruff on your face, a cream is probably required like hydrocortisone cream (which can be bought without a prescription at a concentration of 0.5%), anti-yeast cream (sometimes used in combination with a mild cortisone cream) or a 15% propylene glycol cream. Antifungal pills can be prescribed to reduce dandruff if it is severe. A new generation of treatments called immunomodulators, which are prescription creams and ointments, have been shown to help. These reduce the inflammatory reaction in the skin and are sometimes used to treat this condition.

If you can’t control your dandruff using over the counter treatments, it is best to see your doctor to determine whether or not it’s actually dandruff and how it should be best treated.