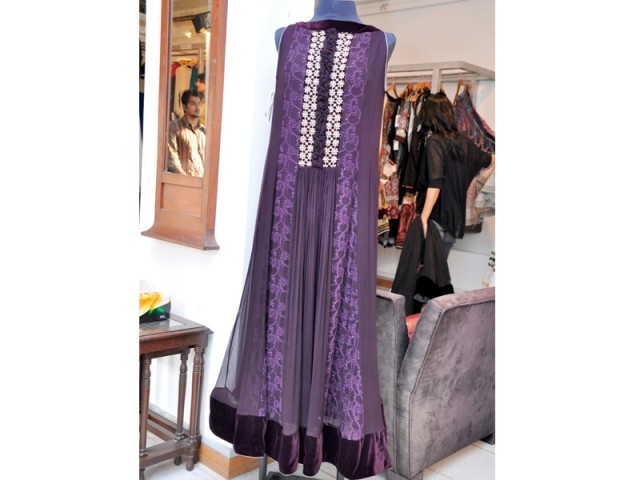 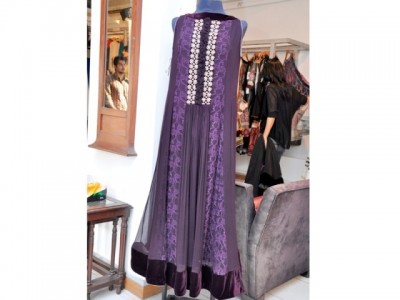 The ‘AIFD Stitch and Craft Exhibition’, now an annual show, was attended by a large number of people, mostly students, helping to boost the confidence of designers who had put up their collections.

This time around the fashion students did not stick to a particular theme but focused their designs to cater to Eid shoppers. The exhibition — consisting of western and eastern dresses as well as their fusions — saw both long and short shirts, embellished with traditional embroidery work.

Mohammad Adil, a student at AIFD, whose collection was particularly impressive, managed to sell all his outfits within two hours. Adil’s collection consisted of lawn casuals and formals in floral colours. “My cuts are different from the others and I believe that’s what sells. It’s all about cut variations. I don’t want to do what others do. I want to be a trendsetter,” said the budding designer.

Other collections that stood out were Muzna Zubedi’s ‘Poise’, which was primarily in black and Zainab Abid’s designs in which she experimented with vibrant colours. Meanwhile, Rahimuddin Rashid’s creation in white chiffon was also noticeable.

“I’m extremely proud of the collections put up by our students. Earlier on, we used to tell them to exhibit their products, but now, they are so motivated that they tell us ‘it’s time to have an exhibition’,” said Sanober Ahsan, CEO of AIFD. “We believe, by the time they graduate they will be in the same league as the established designers,” she added.

The collections, which consisted of both formals and casuals, were priced between Rs3,500 and Rs15,000.