Chemistry is a serial which will bring a fresh look to the TV screen. It is a story about the chemistry between friends, lovers, spouses, teachers and their students as well as between parents and children. Chemistry also narrates how parents’ decisions disrupt, disturb and destroy their children’s lives as they force their decisions on them. 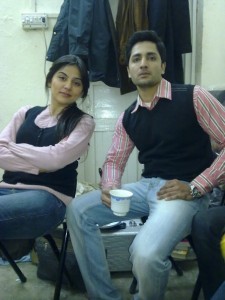 The story revolves around a love triangle of a chemistry teacher, Waqar and his students Rania and Ramis. Waqar is already married but his wife fails to bear him any child and both of them start to drift apart, while Rania and Ramis are involved with each other. Later on, Rania and Ramis gets married while Professor Waqar divorces his wife.

After many twists and turns Professor Waqar nets a web of deceit and makes Ramis divorce her and then he succeeds in marrying her. But when she comes to know the truth, she gets distressed. She gets sick with throat cancer. On the other hand, Ramis manages to develop a cure for it and his medicine restores her health. The question is whether Ramis and Raina could come close again?