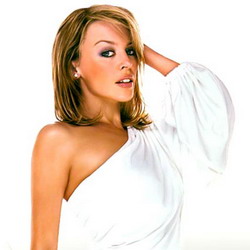 Mumbai (PTI): Australian pop star Kylie Minogue, who has forayed into Bollywood with a song alongside Oscar winning composer A.R. Rahman, hopes to work again with the Indian film industry.

“It has been an amazing experience. I want to be part of Bollywood for some time now,” Kylie said during a function at a suburban five star hotel on Friday.

“This experience is still sinking in but I would certainly like to come back again,” she said.

The singer, who has sold over 50 million albums so far and is known for her elaborate music videos, was in the city for over a week to shoot for her song in, ‘Blue’, a big-budget, multi-starrer film.

Kylie and some of the cast of ‘Blue’ including Sanjay Dutt, Akshay Kumar, Lara Dutta, Zayed Khan and Kabir Bedi were present at the function to unveil first pictures of the film, expected to release in August.

Kylie said she had agreed to record a song for the film after a request from the film’s director, Anthony D’souza and since the Hindi film industry had “always intrigued her”.

Describing the experience of shooting her first music video in Bollywood as “intense”, Kylie said, “It was fundamentally what I have done in music videos but in this case there were so many people present during the shooting which makes it more intense.”

However, the cast of the film had become like family during the shooting of the video and the experience of being in India was a wonderful one, the singer said.

Kylie said she was happy to work with Rahman, whom she presented the BAFTA award for his ‘Slumdog Millionaire’ compositions.

A day after presenting him with the award, we were in a studio to record the song for ‘Blue’, she said.

Music composer A.R. Rahman who was also scheduled to attend the event did not do so due to ill health.

‘Blue’ that has been shot mainly in the Bahamas and boasts of the maximum number of underwater scenes in a Hindi film, is reported to be one of the biggest Bollywood films in terms of budget.