Giving a teaspoon of honey to children with a cough before they are going to bed can ease their symptoms and help them sleep more soundly, a study has found. Children aged one to five who were suffering from throat 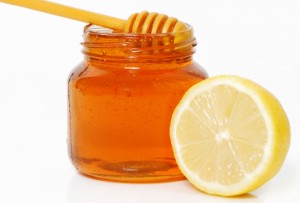 Honey’s high levels of antioxidants could make it a better alternative to cough syrups, many of which are not proven to work and which can be dangerous if parents administer accidental overdoses, they wrote in the Pediatrics journal.

The study involved almost 300 Israeli children with throat infections. Three quarters were given a teaspoon of either eucalyptus honey, citrus honey or labiatae honey before bed, while the rest took a placebo.

Before and after the treatment, parents were asked to score the severity and frequency of their child’s cough, how much it appeared to bother them, and how much it impacted on the child’s and their own sleep, each on a scale from one to five.

The children on the placebo improved by an average of six points across all five categories after the treatment, possibly because they were already getting better, but for each type of honey they improved by nine to ten points overnight.

The researchers emphasized that honey is not safe for young infants because of the risk of infantile botulism, a rare but fatal infection, but said it could be a “preferable treatment” for children older than one