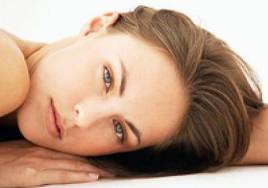 Whether you can fool others about your age depends on a surprising mix of factors.

Young, middle-aged, and older individuals studied thousands of photographs and were asked to guess the age of the models, who had different facial expressions. Neutral expressions yielded the most accurate results, and fearful expressions made subjects look older; happy faces were rated as younger than they really were.

When older adults look like they are trying to pass as more youthful versions of themselves, younger people tend to see them as less likable and more deceitful, according to a University of Kansas study.

Older people think that everyone is about a year older than his or her true age, while younger adults tend to guess that older people are younger than they actually are.