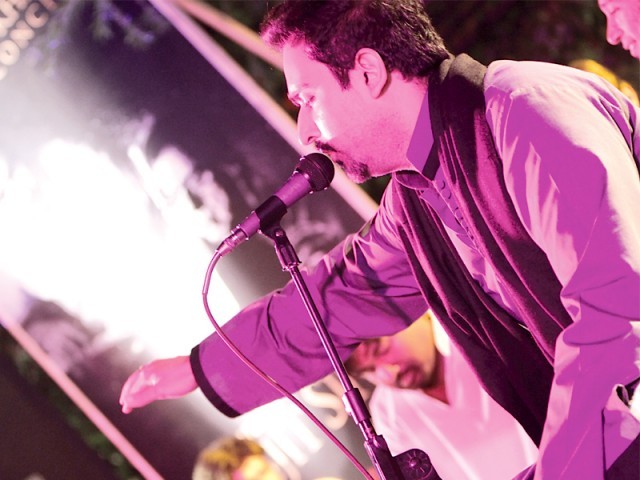 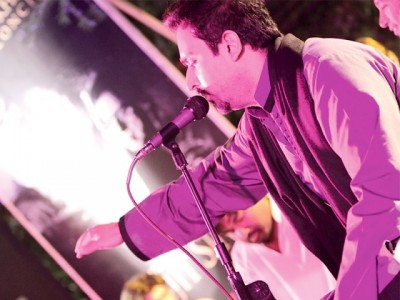 In the midst of mind-numbing Bieber-mania, self-proclaimed artists and an endless onslaught of YouTube videos, Jagjit Singh, a true pioneer of classical music, was celebrated for a night at Kuch Khaas.

For those not privy to the ghazal king who emerged on the music scene in the 1970s they should know that prior to his advent, the ghazal format was very different from what it is now, in both form and reception. The form was heavily based on classical and semi-classical Indian music with lyricism kept to a minimum, giving it a decidedly ‘high-brow’ appeal. The field was dominated by the likes of Noor Jehan, Malika Pukhraj, Begum Akhtar, Talat Mahmood and Mehdi Hassan to name a few.

However, Singh’s new interpretation of the already prevalent style was a departure from the heavy emphasis on hitting high notes and replaced it with a melodic stream of consciousness where lyrics took precedent over all. The lyrics he composed and employed from other writers usually focused on highly humanised topics such as love, life, death, flux, despondency, elevation, art, paradox, nature and storytelling, making the ghazal form accessible and relatable for the masses.

This immense contribution of the late Singh to music and the legacy he has left behind was organised as the loss of the iconic artist is still fresh in the hearts of those who revered him. The 70-year old icon was admitted in Mumbai’s Lilavati hospital after he suffered brain haemorrhage in September and passed away on October 10, 2011.

During his illness, Chaiye Khaana in Islamabad played his songs and ghazals to wish him a speedy recovery. The cafe also printed place mats about his music and illness to spread awareness. Expressions of remembrance like this are rarely found in Pakistan, especially for a musician from the other side of the border. Therefore, the reception and reaction to Singh’s death is a testament to his music which was able to cross borders.

Even the tribute night at Kuch Khaas is the second of its kind. The first one took place a few weeks ago and Abbas Ali Khan, the singer covering Singh, remarked, “We were totally sold out the first tribute night and there were so many people who couldn’t make it so we thought why not a second round have so everyone can remember him?” The show will also be taken to Faisalabad, Sialkot, Lahore and Karachi.

Abbas Ali Khan, a classically trained musician, paid homage as he serenaded the crowd with some of Singh’s most popular tunes. Khan’s voice was fitting for the occasion as he possesses a similar calmness and his tone is as soothing as Singh’s was. Additionally, this is an artist who possesses a maturity and depth that is characteristic of Singh. Accompanied by Masooma Ali, in the duets, the set was reminiscent of Singh’s musical pairing with his wife, Chitra Singh. The iconic duo gained wide acclaim for their collaborations and Ali’s melodic and sweet voice was quite close to Chitra’s.

Despite the popularity of Singh, there were a few who were not accustomed to Singh but enjoyed the tribute nonetheless and were intrigued to know more about the late artist. Sophie Sulliman Ghani, a visiting intern from Scotland who doesn’t understand Urdu, said, “I thoroughly enjoyed the night. Even though I couldn’t understand much; the basic sentiment of the songs was felt.”

It seems that even after his passing, Singh’s music is still overcoming borders, language barriers and generation gaps.