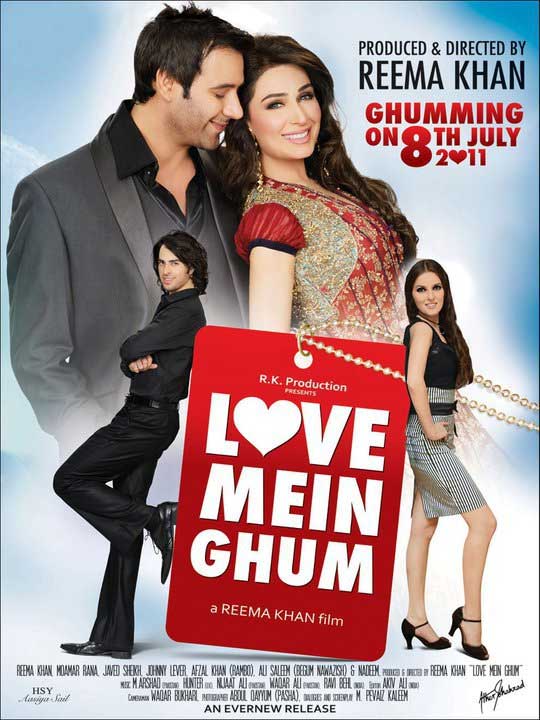 While most of the city was celebrating Eid in the traditional way, several Lahoris found a very different way to celebrate the occasion.

Cinema houses in Lahore were jam-packed as new Lollywood movies began their screening from the first day of Eid, and brought some new talent to the front. With hit Bollywood film ‘Bodyguard’ featuring Salman Khan as competition, Lollywood jumped into the boxing ring with Reema’s much awaited ‘Love Mein Ghum’, and Syed Faisal Bokhari’s ‘Bhai Log’.

Probably the more hard-hitting of the two was Bhai Log, set in Karachi, revolving around the city’s gang wars. The film attempts to revive quality action tradition in Pakistani movies. By tackling a contextually important issue, Faisal Bokhari opened the door to socially relevant films. The computer generated effects of the film have been visibly done in post production, but the camera used is an HD which is much needed for Lollywood. Despite being set in Karachi, however the film makers could not leave behind the typical Punjabi village setting so ingrained in their style.

In certain online circles, however, many did not appreciate the movie as part of a good change in Lollywood. They alleged it was a ‘copy’ of Bollywood action movies and that it was the ‘same’ type of movie made earlier, with a different feel to it. However the movie still managed to break the shackles through its cinematography, its digital quality, editing, and even atmosphere. However many feel the movie gave an overly simplistic point of view of Karachi’s issues, and have reduced it to almost nothing else except two gangsters, out of which one named “Abba Bhai” almost sounds unreal. The film features Saima, Nadeem, Jawed Sheikh, Meera, Moammar Rana.

The film features Moammar Rana, Reema Khan, Nabeel Khan, and Araida in the leading roles, while it is produced and directed by Reema herself and supported by Lux, reflecting the potential of corporate sponsorship to aid successful Lollywood productions in the future. “Love Mein Ghum is the most expensive film to be made in Pakistan,” Reema said in an interview with Pakistan Today. “I have not compromised on any aspect of the movie, from music to clothes, and from sets to post production everything was done with an open heart with the best available technology for all stages of production.”

Despite Reema’s claims, the music and acting for the film is only above average, however, the film’s successful marketing created enough anticipation to rake in the audiences and restored the confidence of the industry. The movie also drew successful singers including Ali Zafar, who sung the title song, Abrar-ul-Haq, Kailash Kher and Shazia Manzoor, Sunidhi Chauhan, Rahat Fateh Ali Khan and Shaan with Pappu Samrat as choreographer.