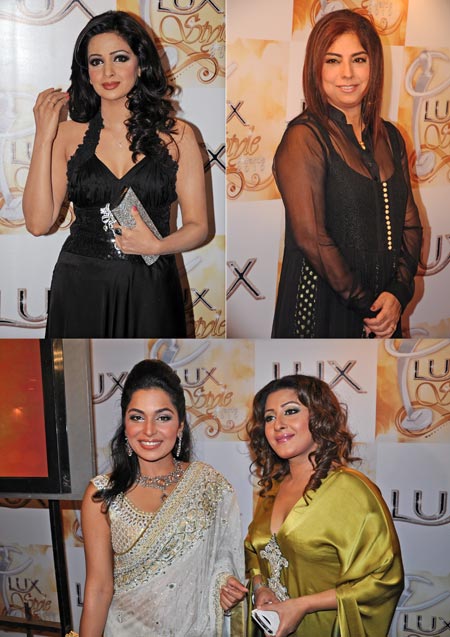 As the much-anticipated and sensational awards show of the year, The Lux Style Awards (LSA), inches closer, the pace of celebrities heartbeat increases. Considered the ‘Pakistani Oscars’ by many, the LSA, despite a slumped economy, still manages to arouse the interest of people.

This year will see the 10th Annual LSA, The Express Tribune spoke to some celebrities and asked them some basic questions about previous award ceremonies.

Which year was your favourite Lux Style Awards and why?

Which designer lawn would you like to see win and why?

What is the first word that comes to your mind when you think of the Lux Style Awards?
Sana Safinaz

Definitely the year we finally won

The 2003 Lux Style Awards were my favourite, it was my first ever LSA where we – the band – got an opportunity to perform and we also won quite a few awards

The event in 2006 when we performed a Nazia Hassan medley. It was so much fun!

Frieha Altaf, as she is credited with bringing the red carpet to Pakistan

The first LSA show which was held in 2002.  It was a breath of fresh air. All stars under one roof – it was very glamorous and chic

Sana Safinaz, as they deserve the award for raising the bar

Malaysia. It was nice to leave the country

Sana Safinaz all the way!

The LSA in 2007 in Malaysia. It was a great opportunity to showcase Pakistani culture and arts in another country

The Oscars of Pakistan

The 2007 awards in Malaysia were the most different and fun. However, last year’s event, was also exciting because I won an award for best women’s wear

Although I would like to see my own lawn win, but realistically speaking, we only started this year, so I guess,

Sana Safinaz will take it

The LSA event in Malaysia was my favourite because it was a great show and I won an award. All my friends were there and we were all staying together in this gigantic resort in Genting Highlands

Sana Safinaz, because they come out with the best product and they are leaders in this particular field