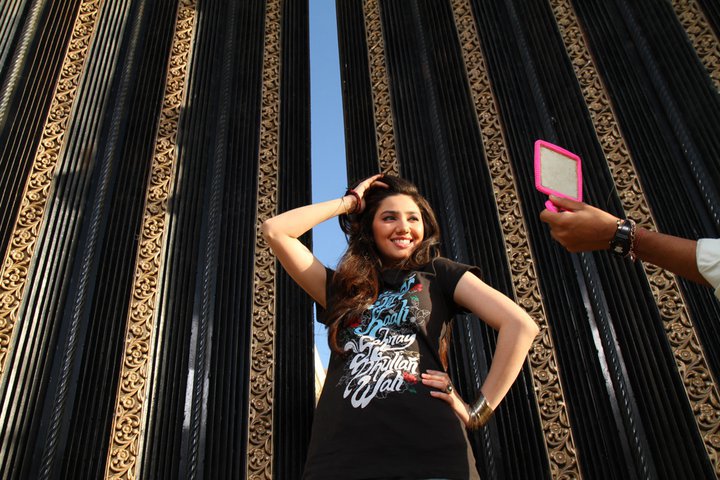 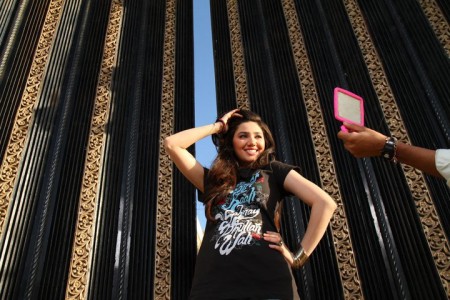 For some people, she is a true inspiration as far as the VJ culture in Pakistan is concerned. Her modest outlook and the girl-next-door approach towards her fans and callers on live shows have made her one of the most sought after presenter these days. She does it all very effortlessly and if there has been anyone who has got the true VJ-germs of Anoushey Ashraf,  that person is Mahirah Khan-Askari.

Mahirah shares a little about her life, her career as a VJ and now as an actress who plans to host a morning show. When asked what her most recent project was, Mahirah says, “I just did Shoaib Mansoor’s film Bol. So, yes I’d like to act and would definitely like to take up acting full-time.” She further adds that if it is a Shoaib Mansoor movie and you only get to act in two scenes but the role has enough substance, it definitely makes something out of you.”

Speaking of her acting career, Mahirah says, “I would like to do versatile roles and not stereotyped ones. There is a big ‘no-no’ to stereotype roles. After reading the script if I think I can do this kind of a role, I would never say no to it, instead would end up doing it.”  Without disclosing the name of the drama serial, she revealed, “I have signed up for a drama too.”

Happily married to Ali Askari, a creative director by profession, and the mother of a baby boy, Mahirah believes that a part of her would die, if she doesn’t go out to work on a single day. “As of today, I want to focus on my chosen career, which is acting and want to give some time to my baby,” she says while speaking of her personal life.  For Mahirah her profession means a lot to her but she wants to keep a balance between work and family. “I have worked since I was 16 and without work, I think I will wither away. Today, my family and friends, hold immense importance in my life.” Recalling an anecdote from her past, she says, “My father use to say, ‘kaam itna karo kay thaak jao’. One is better as a person, when you have a sense of self. Till the time you come home and your body isn’t aching be it after a hectic work schedule or be it because of your little baby at home, you really haven’t tasted the true love of hard labour.”

Talking about her career as a VJ, Mahirah says, “Incidentally, today everyone wants to be a VJ. A lot of people opposed it in the beginning. However, once you take minor steps, days follow and you end up with Marina Khan (prime) days.”

Despite being a popular VJ, Mahirah says, “I have always wanted to be an actor.” However, sharing her experience as a VJ on MTV she says smilingly, “I was told to do a show but I ended up doing a series of them and became a VJ, eventually. Till the time I did the show, it was an interesting experience. MTV was fun. I enjoyed myself there. The callers on my show were very encouraging and that motivated me to participate wholly. I believe it is a two-way street. Since I was a VJ who completely got involved with my listeners, they were altogether very encouraging. It was easy to communicate and enjoy the days as an MTV host.” Today, on the other hand, Mahirah wants to experiment with hosting a morning show and says, “The morning shows has got to do a lot with ratings. We could make it informative. Many women end up watching it on a daily basis. The best part is that you get an opportunity to perform and polish your skills. There is a lot of scope for experimentation, which is not possible in other fields.”

First and the biggest aspiration is to be a good mother
Love or Money?

If you could change one facial feature, what would it be?

My nose, definitely. Someone once told me I don’t have a naak but a khatar-naak. Needless to say I didn’t find that funny!

What is your favourite fattening food and how do you resist it?

French fries and a glass of soda. I don’t resist!

Your earliest childhood memory is…

All cousins on a hammock, playing upstairs with my dada dadi.

Haven’t made one in a while but plan to just after I finish this interview!

Your biggest achievement (so far) …

Well so far, to do what I am doing on my own terms.

Your most prized possession…

A letter my dada wrote to me.

Losing faith in myself.

Well, once I received a package that had a five-page letter full of ridiculous details about the fan. It also had lots of gifts — someone at the office said it might have some ‘jadu‘ done on it so we quickly trashed the gifts. However, I still have that letter.

Too many. But the first and the biggest is to be a good mother.

What message would you like to give to the women of Pakistan?