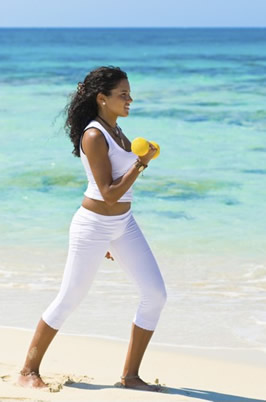 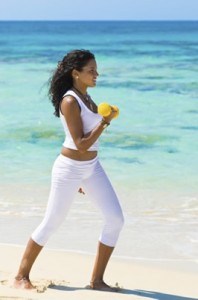 There are several causes for weight gain. Most of the time, you know what you have been doing wrong, and why those unsightly pounds piled up on you: lack of exercise because of desk-bound jobs, binge eating, late night parties, etc. But there are times you seem to be doing everything right and despite doing nothing unusual, you seem to gaining weight by the day.

You shake your head in despair: ‘I can’t understand why’. But it can be explained.

Here are some of the most common underlying disorders affecting the body that can cause ‘inexplicable’ weight gain:

Weight gain can be caused by disorders affecting the endocrine, cardiac, urinary, neurologic, and respiratory systems.

Heart and kidney dysfunction can lead to fluid be retained by the body.

Weight gain is often a symptom of hypothyroidism.

Metabolic syndrome resulting from inefficient processing of blood sugar by insulin can cause weight gain. Metabolic syndrome is a disorder that increases the risk of developing diabetes, abnormal blood cholesterol, high blood pressure, fatty liver disease, and obesity – particularly excess abdominal fat. The desensitization to insulin and glucose, which is what metabolic syndrome is all about, occurs due to the deficiency of a protein called Toll-like receptor (TLR) 5 which most intestinal cells sprout on their surface. Its job is to recognize microbes and bind to the flagella that bacteria use to move around. Without TLR5, the normally harmless gut bacteria tend to proliferate and trigger an inflammatory state. Iif the cells are busy responding to inflammatory factors, then they are less likely to take up glucose and process it effectively. This makes cells less sensitive to insulin and leads to the symptoms of metabolic syndrome, such as weight gain.

Cushing’s syndrome. This syndrome is caused by an excess of the hormone cortisol in the body, the hormone that’s released by the adrenal glands when you’re feeling stressed, and causes your body to store energy and putting on weight.

Liver disease and certain cancers can cause abnormal fluid accumulation in the abdomen as well.

Psychological disorders, such as depression. If people feel rejected, unattractive or suffer social discrimination, the emotional strain causes them to be depressed. Depressed people tend to be lethargic and seek comfort in carbohydrate-rich food. This sets in a vicious cycle wherein they gain unsightly weight, suffer loss of esteem and become more depressed.

Stress can lead to diabetes and weight gain. Sitting in front of the computer, as I am doing now while typing this article, does cause stress, and unless one chooses to break it frequently with change of posture and stretching, is bound to make one gain weight. Insufficient sleep is particularly stressful to the body and one of the chief reasons for the extra weight.

People mistakenly believe High Fructose Corn Syrup (HFCS) to be derived from fruits, but it is not so. HFCS is a widely used ingredient in packaged food and is one of the leading causes for obesity.

Not eating enough fiber. Adequate fiber in the diet creates a feeling of fullness when eating that can cause you to eat less. Besides promoting healthy bacteria in the gut, high fiber diet treats constipation.

Deficiency in the diet of Essential fatty acids, such as in flaxseed oil, that the body needs to make hormones and maintain the body’s metabolic rate. A deficiency may cause cravings, particularly for fatty foods.

Skipping breakfast can make you put on weight, because the carb-deprived body makes you make unhealthy snack choices on a work-filled-no-time day.