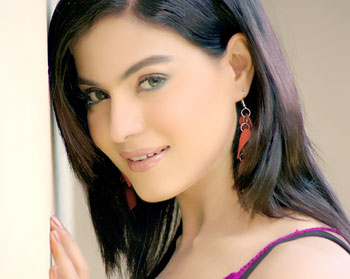 After being in news for her profound closeness with the male contestant Ashmit Patel in the ‘Bigg Boss’ house, Pakistani actress Veena Malik had recently revealed in an interview following last week’s eviction that Ashmit was a sweetheart and buddy and that there was nothing more than that between them.

“As for Ash-mit, he’s a sweetheart . He’s my buddy. If there was anything more between us, I’m bold enough to admit it. But there’s nothing beyond friendship between us. Agar hamari zindagi rahi to hum phir milenge,” stated Veena.

Veena revealed that her friendship with Ashmit only grew after she came to know that he is a Thalassemia patient. And being a brand ambassador for an organization which works for Thalassemic patients, Veena became close with him while interacting further about his ailment.

“Right now I’m single waiting. I am waiting anxious for that special entry in my life by someone special,” stated Veena.

It’s said that certain sections of the Pakistani media were angry with her behavior on ‘Bigg Boss 4’ but Veena has stated that she was her real self on the show and didn’t do anything to bring shame to her family or her nation.

Veena wants to dance with Salman