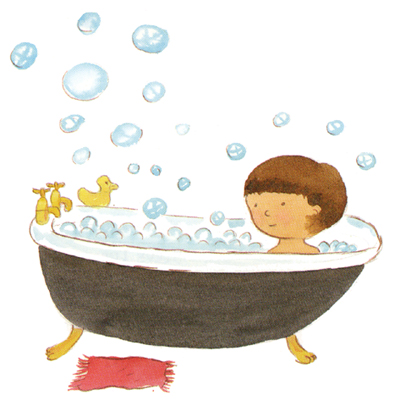 The Daily Mail reported on September 4th 2006 that campaigners claimed that cosmetics and toiletries are exposing women to 175 chemicals every day.

Below follows a extract from an article that appeared in the English Daily Mail on Tuesday Sept. 4 2006. Written by Pat Thomas.

These days most of us don’t use soap in the shower or bath. Instead we lather up with bath foams, shower gels, facial scrubs, all of which rely on complex detergents – often the same ones used in heavy industry – to wash away simple dirt. The difference between soap and detergent is like the difference between cotton and nylon. Soap and cotton are produced from natural products by relatively small modification. Detergents and nylon are produced entirely in a chemical factory. There is no difference between the detergents in your household cleaning products and those you use in your bath. It is simply a matter of concentration.

Bubble baths, which are highly fragranced, have the greatest potential to cause skin irritations, allergic skin reactions and headaches. In the US, they carry a health warning, alerting users to the possibility of skin irritation and urinary tract infections. Body washes essentially contain the same ingredients as bubble bath. Both bubble bath and shower gels have the potential to penetrate the skin and lungs. Soaking in any bath product will prolong its contact with your skin, increasing the risk that chemicals will be absorbed.

Your bubble bath is likely to contain potentially irritating detergents like sodium laureth sulphate and cocomidopropyl betaine (the latter is also a penetration enhancer, allowing other chemicals to be more easily absorbed); preservatives such as Tetrasodium EDTA, a potential irritant and methylchloroisolthiazolynone (both potential mutagens – substances that speed up gene mutation).

If it contains cocomide EDTA (or similar compounds ending with DEA, TEA, or MEA) along with formaldehyde-forming substances such as bronopol, DMDM hydantoin, diazolidinyl urea, imidazolidiyl urea and quaternium-15, it is likely to contain cancer-causing nitrosamines. Studies show up to 93 percent of toiletries and cosmetics contain these compounds.

Use products based on plain old soap. Vegetable and glycerine soaps are best. They foam beautifully and are made from enriching oils such as coconut and olive. They are usually scented with essential oils (check label)

Cheap or expensive, modern shampoos are usually a mixture of the same handful of detergents. The choice of detergents is as much to do with the final look of the product as it is with it’s effectiveness.

Read labels, use shampoos with as few chemicals as possible (soap based ones are best).