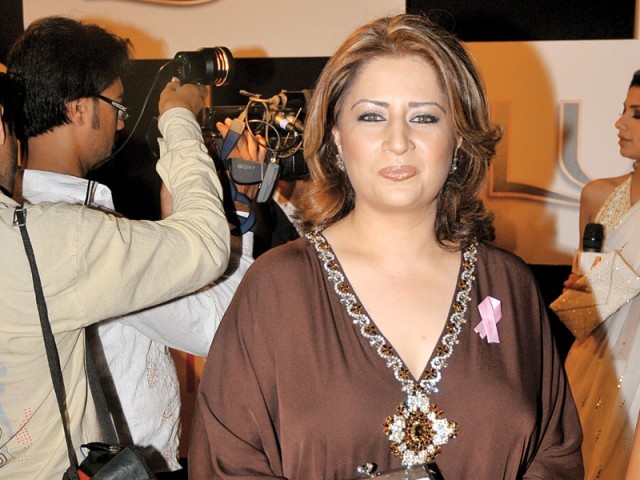 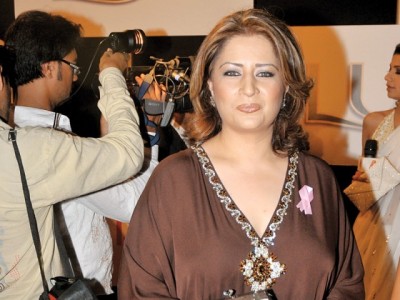 Actor and social activist Atiqa Odho’s compilation, titled The Role And Responsibility To And Of Mass Media In Pakistan — which was submitted to the Planning Commission of Pakistan in December 2009 — is now, according to the actor, “work in progress”. Without naming people or entities, she says it has “received support from many groups”.

Odho, a communications adviser of the All-Pakistan Muslim League headed by Pervez Musharraf (former president of Pakistan), has implied that there should be a partnership between Pakistani and Indian media, so that Pakistani viewers do not get exposed to illegally transmitted Indian channels, which may spread content that is harmful to Pakistan’s ideology.

In an interview with The Express Tribune, Odho says that she believes legalising media exchange will serve as a buffer and might even open doors for Pakistani content in the Indian market.

One of the clauses in her compilation states, “Similar language (Urdu) speaking foreign broadcasters [in India] must always have a local partnership tie-in [between India and Pakistan] to be able to broadcast to the Pakistani public so that accountability comes under Pakistani law. Pakistan Electronic Media Regulatory Authority (Pemra) must never give a broadcast license to a similar language speaking broadcasting entity on its own, as national security could be compromised by incorrect/misleading information being transmitted to a large national audience.”

Further explaining this, Odho states, “Language is key and even though Pakistan and India are separate countries, their languages are almost the same. Five years ago, Pakistani cinema owners brought in substandard films to Pakistani cinema houses and today we find that people enjoy watching Bollywood films more than anything else.” She adds, “Sadly, we don’t try to make our Pakistani market sustainable nor do we find means and ways to promote our television content. We have no long-term planning and our ideas are focused on short-term framework.”

The actor asserts that she is not anti-India, but believes, “One should look at the entire picture of today’s media houses. We are certainly not serving the people of Pakistan nor do we understand what a powerful animal the media is. We make and break people as well as governments, but we cannot see the circumstances under which our national interest is at stake.”

Odho is of the view that Pakistani cinema and television are basically ‘cottage industries’ because they, “Don’t have a tie-in partnership. Nobody from the corporate world, banking industry or multinationals is willing to invest in Pakistan. Sadly, our products are also termed substandard, because there is no one to promote a positive image of our products in the international market.” She then adds, “The international scene only shows us as terrorists. We need to give a clear image of a county, which shows a reflection of liberal Pakistanis.”

However, Odho says what is most important to her is helping those who do not have a voice in the film industry. She feels that the craftsmen and technicians of Lollywood, “who have always been so committed to their craft” have no say in the contemporary ‘rat race’. She asserts that, “Awards are awarded to an actor of a film, TV drama, but never to the man working behind the actor; behind the screen. The technician, who provides technical expertise in the areas such as dubbing and/or editing, stays in obscurity.”

With Pakistani films failing to entertain viewers, Lollywood is suffering greatly and so are its workers. Odho feels that she has an ‘emotional connection with the people,’ which is why she aims to voice their concerns. “Whatever has happened in the last couple of years is unjust to our workers. We need to protect Pakistani market, Pakistani trade and Pakistani workers.”

• Securing the Pakistani market and trade

• Promotion of the brand ‘Made in Pakistan’