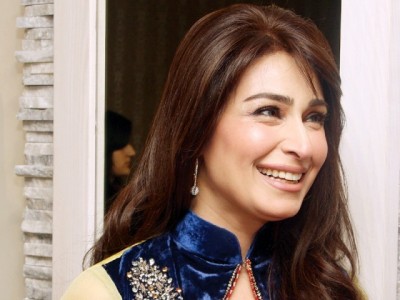 Arguably the most popular celebrity of the Pakistani film industry, Reema is on cloud nine these days. Revealing in her wedding celebrations,Reema says that she feels lucky on becoming part of an educated and illustrious family.

She has reportedly been gifted a BMW and a bungalow by her in-laws for ‘moon dikhai’. Pre-nuptial festivities began earlier this week. Reema got officially married to Dr Tariq Shahab in Virginia according to US law yesterday, while her nikah and rukhsati will take place tomorrow on November 18.