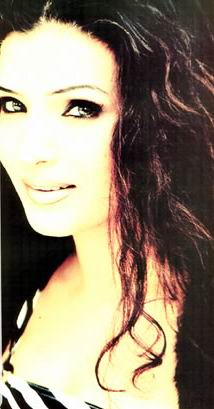 Your love story with Mehmood Bhatti seems quite puzzling. A few months back you were screaming from your rooftop that you were tying the nuptial knot, but then recently we heard that you have backed off. Is the party over?

Marriage is not just a word; it is a sentence. It’s a lifetime commitment and one should not make hasty decisions. There were certain cognitive factors like age difference, my permanent settlement in Paris etc. that made me change my mind. And I have no regrets.more
But these are more like hardcore facts which all and sundry knew from the very beginning.

True! But I had my apprehensions too. We both tried our level best to work things out but it didn’t work. It was then that we mutually decided to call it off . We didn’t want to spoil our friendship. Some people are not meant to be together.

Weren’t you madly in love with him?

But in love people go blind and sacrifice. Why didn’t you?

But a local tabloid reported that both of you are already married.

And that I had gone to Paris for honeymoon!

That I didn’t know.

Neither did I, but this is what I read in some newspaper. I was in Dubai for some commercial and they wrote that I was out on my honeymoon. Talk about yellow journalism!

Fuzon’s mega hit song ‘Deewane’ is surely a feather in your already overloaded cap. Are you happy with the outcome?

I am swollen with the pride that I am the first film actress from this side of the border to do a video with the Bollywoodwallahs.. And that too with dignity!

You mean other people play games to get work?

I don’t know but games yes, they can stoop pretty low to get their work done.

Like going to the airport to receive Indian directors and producers, or throwing dinners or lunches in their honor so they can star in their ventures. Do they give us the same kind of reverence when we go there? The answer is a big NO. That’s one of the spurs which averted me from go to India on this so-called-peace trip. My dignity means the world to me. I got ‘Deewane’ on merit. There were some actresses who were willing to give their eye and teeth to have me replaced and even offered hefty amount but it was meant for me and I got it.

How was working opposite Urmila? Were there any filmi tantrums from her side?

Not at all. Urmila is professional to the core. Very sweet, down to earth and is a lovely person to work with. I cannot forget the memorable moments I spent with her during the making of the video.

‘Deewane’ is a good video directed by Saqib Malik but unlike ‘Khamaj’ it couldn’t make waves. Khamaj created sensation not just on the local channels but also on the Indian channels like B4U and The Musik.

‘Khamaj’ and ‘Deewane’ are different songs with different style, theme and music. ‘Deewane’ is all fun…. Something that can make you get up and dance to its upbeat rhythm while ‘Khamaj’ is a soft romantic number. There is no comparison between the two.

How would you compare yourself in Deewany with Zara in Khamaj?

Shaan and Zara looked good together. The chemistry between them was lethal. I think highly of Zara as a model.

Not as an actress?

No. She leaves a lot to be desired as an actress.

A little birdie has told us that you have been offered work in Indian films. Is that true?

I got a lot of offers when I went to India for the ZeeCine Awards, but will only sign with my terms and conditions.

We have also heard that you have joined Syed Noor’s camp again. How did it happen?

Yes I have signed two of his films, which didn’t come on floors yet. Luckily this time I got pivotal roles with a good team and good subjects.

Have you ironed out your differences with him?

There were no differences as such I just disagreed with him on one issue.

Sticking to one actress.

But of course! He doesn’t want to try anyone else.

Not me, maybe anyone. Saima is over the hill and it’s not appropriate for her to flirt with men hald her age like Moammar and Shaan. Viewers want a change… a good change to be exact but Noor sahab ko kaun samjahay. Our industry needs fresh blood.

We have heard a lot about this movie cal ‘Pahla Pahla Pyaar.’ When it is going to see the darkness of the theaters?

The movie is almost done and will be released in January.

And you are playing the main lead?

Kind of! I play Zara’s stepmother.

Zara as in Zara Sheikh?

But weren’t you apprehensive about playing this particular role? The two of you must be from the same age bracket?

A good role that is a good role. At this stage that is all I ask for. It’s a different role with a wide margin for performance.

Do you think this movie will bring back the naraz audience to the theaters?

That I can’t promise. Lollywood is on its last leg and a mere Pahla Pahla Pyaar can’t change the equation. One director, one actor, one producer, one actress can’t change the whole scenario. We cannot rely only on Saima and Shaan or on Sangeeta and Syed Noor. Our industry needs a complete makeover.