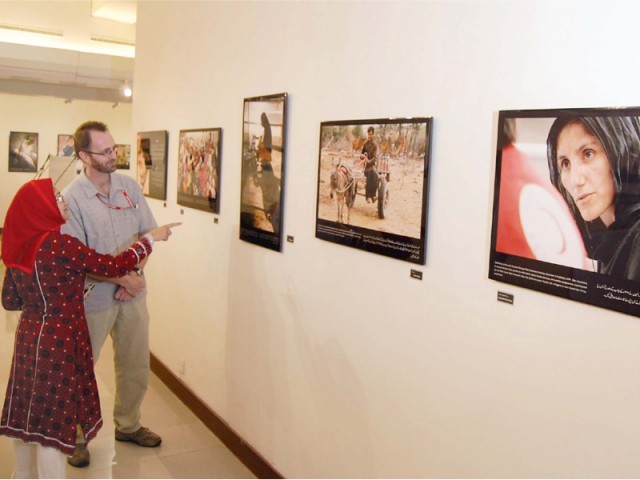 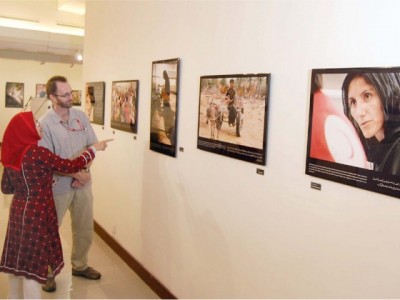 A photo exhibition marking the passage of a year since the 2010 floods was launched at Pakistan National of the Arts here on Thursday.

Titled “Reviving Communities Stronger Together”, the exhibition brought up the tragedy, that affected nearly 20 million people, killing over 2,000 and swiping out 1.7 million houses and 12,000 schools. A collection of 50 photographs of the wreckage and rehabilitation work were showcased in the exhibition.

“We took these photographs during relief work in flood-ravaged areas.”

Majda added that the photo exhibit, was organised to get visitors to take an interest in and contribute to the cause. Volunteer registrations
were also held at the exhibition.

Majda said that the pictures show the rehabilitation work done by the IFRC affected areas from early on during the floods, including the efforts of thousands of volunteers.

Amir Lutfi, a BBA student who has been volunteering for the past year, told The Express Tribune,” I took many pictures during the floods. I feel very proud that my pictures are being displayed here,’’ he added.

“The photos showed how volunteers helped the affected people during the flood. It is a message for everyone to help these people during any disastrous situation in future,’’ said Adeel Raza, a visitor. Uzma Jilani, another visitor, found the exhibition to be an encouraging effort for volunteers who wished to reach out to their brethren in calamity.