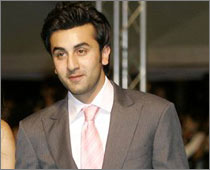 It might have been some time since the release of Bachna Ae Haseeno, but Ranbir Kapoor is making sure he stays in the news.

After his Adonis act in Bachna Ae Haseeno, where he was seen romancing three of the most hottest women in tinsel town, the actor is now all set to don the cover of GQ magazine.

The latest issue of GQ will not only have Ranbir on the cover, but will also feature an exclusive interview with the ace actor, where he will confess about his secrets, habits and personal life.

The Bollywood hottie has been quoted as saying, “There was marijuana, there was alcohol, I started smoking cigarettes.”

Besides the ‘marijuana’ bit, the actor will also reveal that ‘he must have been around 15 years old, when he lost his virginity’.