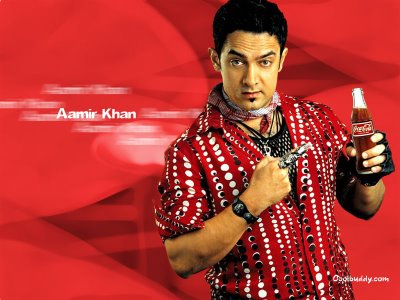 Is recession really hitting Bollywood stars? Well, we don’t know about the other actors, but heart throb Aamir Khan is still smiling and shining in this tough time.

The actor’s contract with Coke has not only been renewed, but he will now get as much as Rs 10 crore under the new contract.

No prizes for guessing that the hike is due to the mega success of his film Ghajini.

Thinking from the Khan angle, Aamir Khan has emerged victorious in this cola war, for SRK recently lost his Pepsi contract recently. However, Shah Rukh Khan has also tied up with Coca Cola for sponsorship during the coming IPL.