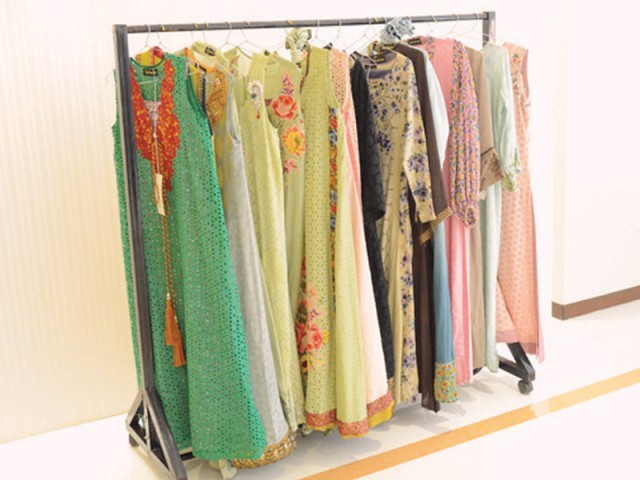 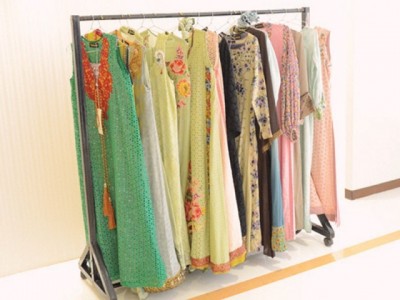 Fashion designer Tena Durrani launched her Eid collection on July 20 at Prince Jewelers in Karachi. Featuring 60 pieces, the collection was priced between Rs 9,000 and Rs 80,000.

Durrani has been designing clothes for a long time, but her first official stint came six years ago as a small venture supported by her sister-in-law. Starting off with only one tailor, she now has a 20-member team. Apart from exhibiting her collection in major cities across Pakistan, Durrani has also introduced her designs in Dubai.

While many designers are still preparing their Eid collections to be launched in Ramadan, Durrani seems a little proactive with an early exhibition. “When we started off last year in July, we realized that during Ramadan, women don’t usually go out. Instead, they order stuff earlier. Hence the exhibition comes prior to Ramadan,” says the designer.

Durrani’s collection had a touch of another designer, Shehla Chatoor’s designs with detailed and intricate work on the necklines, embellishments, sleeveless shirts, and floral motifs and embroidery. She has worked with fabrics like chikan, karandi, chiffon and cotton-net. With appliqué and stone-work, most of the pieces were in light and pastel colors.

Talking about the inspiration behind the oriental theme, Durrani said: “We should try, as fashion designers, to represent the culture we live in. It should be traditionally vibrant. Look at India, how close they are to their culture. It’s not a good thing to make fashion statements that do not represent the culture we live in. We should not only cater to the elite, but should also dress them appropriately. Fashion designing should be taken as a passion.”

With a philosophy of catering to everyone, the Eid collection has a target audience from the age of 15 to 65 years.

Unlike many other designers who are not optimistic about the country’s fashion industry, Durrani believes it is headed in the right direction: “The older lot has survived in this industry for such a long time. It’s growing with the younger crowd who are becoming part of it.”