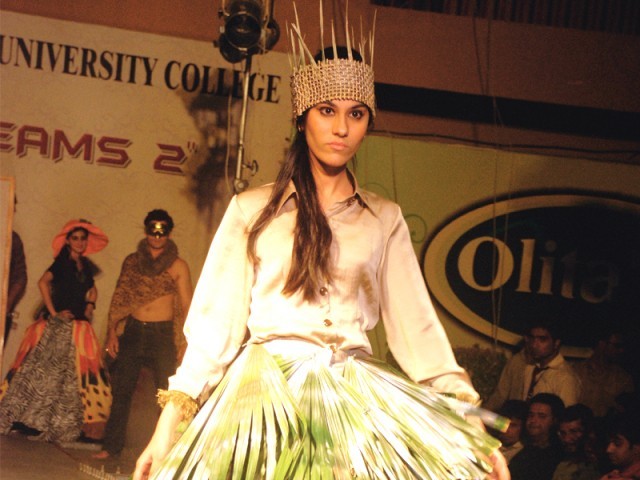 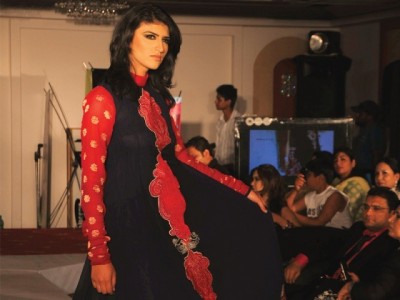 The fashion scene has picked up in Multan with the first international fashion show hosted by the city. Marking its launch from the city of saints, the show titled ‘Tribute to Fashion in Pakistan’ will travel to eight major cities of the country.

The event, organized by JZ Productions, US, was held at a local hotel on May 15. Designers from all over the country and abroad showcased their works before the fashion lovers in Southern Punjab. More than 40 models, including 24 female models from the US, UK and South Africa, walked the ramp portraying national and local cultures. The dresses showcased ranged from traditional bridals to western designs.

The head of JZ Productions, Jawad Zafar said: “We will organize eight shows all over the country. The ‘Tribute to Fashion in Pakistan’ will include eight cities, 200 models and 100 designers. The aim is to encourage fashion. We have started it from Multan as we have heard there is no fashion in this city. But [it turns out that] there is a great trend here. The people present at the event have proved that Multan has a great potential for fashion.”

Spunk and Ethnic Arts were among a few local brands that received great feedback from the audience for their work presenting the culture of subcontinent with distinct Mughal embroidery.

“It is our first effort and we have got a wonderful response from the viewers,” said the concept designer of the show, Imran Baig.

Soha Malik, a model, shared her experience, saying: “Usually we perform in Lahore, Faisalabad, Karachi and Islamabad but people over here gave us a very warm welcome. The atmosphere is very friendly and we have enjoyed a lot.”

It seemed that the organizers behind the show had left no stone unturned in making the event a success. Seeing the overwhelming response from the visitors, the city is expected make a venue for more fashion shows in future.

While the project is aimed to promote fashion designing in general, it is more focused on the areas with which people do not associate fashion.

chief guest and the president of Pakistan-Italian Business Association, Ahsan Rasheed said: “I think it’s a good opportunity and a great occasion for the city of Multan. It’s the first time that such an activity has been organised here and we hope that in future more fashion programmes will be arranged.”

Spotted at the event was fashion designer Hina Mansoor who said that the experience had been really good and very surprising as many people in Multan had shown their interest and appreciated the work of fashion designers.