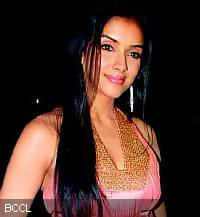 Asin will soon go back to Kerala, just where she came to Bollywood from. But this Best Debutant Actress’ fans needn’t worry at all, for she’s visiting Kerala to learn the art of Kalaripayattu. Asin is all set to share screen space with Japanese star Tadanobu Asano in a cross-culture romance and wants to ensure that she’s well-prepared for it. A Bharat Bala direction, 19th Step will require Asin to engage in martial arts and dance. Says Asin, “I needed to learn Kalaripayattu, the Keralian form of martial arts. Kalaripayattu is considered as the mother of all martial arts.”

Her training is set to begin from April. Glad at the idea of visiting her home-state, Asin says, “I’ll have a group of traditional Kalaripayattu gurus to teach me the ancient art form.” The Indo-Japanese romance will be a Japanese and a Tamil film, and will later be dubbed in Hindi. Telling us about the film, Asin says, “Contrary to rumours, I don’t play a Japanese… I play a traditional Indian girl.”

But isn’t she worried that after a successful Hindi debut, going back to Tamil films is like digging her own grave in Bollywood? Says a defiant Asin, “I’m really not worried about not being seen often in Bollywood. Just because my Hindi film did well doesn’t mean I do only Hindi films. I liked this particular Tamil film, and so I’m doing it. And I must tell you, this Tamil project has been in the pipeline for three years, since I was busy with the Tamil version of Ghajini. Now, Walt Disney is producing the film and we start later this year.”