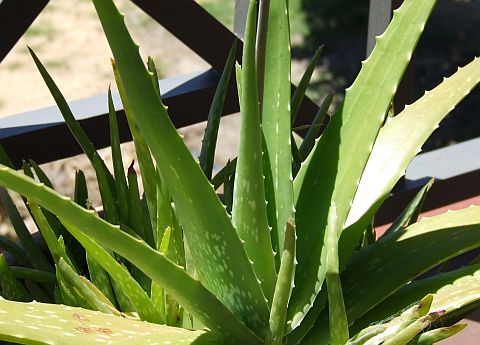 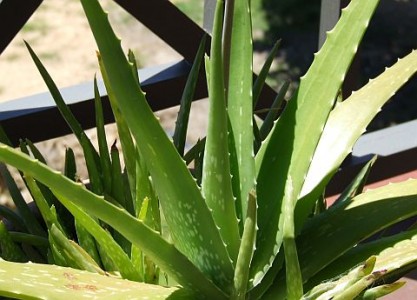 If we go by an Egyptian lore, then the gel from the leaves of aloe vera was the secret ingredient that Cleopatra used for her skin and not the much-touted milk. In fact, the Egyptians have used aloe vera for their embalming process since times immemorial.
It may look like a thorny cactus, but the aloe vera plant belongs to the onion/lily family.

Distinguished by its thick fleshy lance-shaped leaves, this green plant is suppose to have mystical properties, says an Indian legend, where is it known as Kumari. The locals call it Ghekwar whereas its botanical name is Aloe barbadensis miller. People sometimes call it the fragrant desert lily. The clear juice of the plant is sold all over the world in health stores in the form of capsules and gels.

The gel has twenty amino acids which the body needs as supplement for its wear and tear and according to various sources, eight of these amino acids have to be ingested and are not produced by the body itself. The gel oozes from the leaf when it is cut and the mucilage rich cells emit the clear sap.

As a beauty aid, the gel has been incorporated in lotions and creams for its moisturizing and soothing effect. When these aloe vera lotions are used on skin, the glowing freshness of the skin is a testimony of its beneficial value. As a topical treatment for burns and wounds, it is sold over-the-counter gel in most countries.

Another attribute to its healing properties is that it has effectively been used internationally for radiation burns. But locally, the aloe Vera industry is still in its infancy and not developed to the desired extent; it is mostly used in its raw form.

The natural state is, in fact, the most effective and provides faster relief since the polysaccharides are destroyed during processing when heat is applied and enzymes are added in order to stabilize it. In its natural form, a leaf of the plant is cut into palm size pieces and slit open ; the gel is then used to treat minor wounds, sunburns and fissures.

The gel also has amazing antibacterial, anti-fungal and anti-inflammatory properties