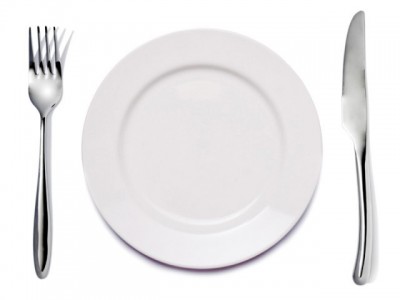 When Ramadan arrives during the monsoon season, the last thing on anyone’s mind is to sweat excessively. Strenuous activity is avoided and sloth seeps in our lives. As a result, those who are fasting try to tone down activity to a bare minimum to avoid depleting sugar levels or dehydration and overall lethargy during the daytime.

“We call this ‘lazy weather’,” says Zarak Khan, owner of Zarak’s Gym in Islamabad, an establishment he’s been running for the past six months. “Business does slow down a little during Ramadan. A lot of people like coming in after iftari, which is a very good thing because you have to burn off that high calorie meal,” says Khan.

Although such a gung-ho attitude towards working out while fasting or dealing with extreme weather conditions is admirable, for many it’s not exactly practical. So the one thing people can do is turn to a diet plan that keeps the metabolism busy throughout the day and makes the hunger pangs less painful. For starters, the rule of less is more is applicable in Ramadan. Heavy sehris may seem like a wise idea but it’s always about what you eat, not how much you eat.

Sayyam Dar, a nutritionist and founder of Top 2 Toe slimming center in Karachi, says, “I do not suggest heavy sehris because they make you feel heavy and glum till iftari. Dates and fiber are two things I always urge my clients to eat during Ramadan because of their nutritious and filling properties.”

Weight gain is a recurring problem during Ramadan as greasy (albeit popular) foods like parathas, pooris and jalebis clog the arteries and add on the pounds. Not eating during the day automatically slows down one’s metabolism and Dar suggests a strict low-carb, high-protein diet with plenty of raw vegetables and fruits thrown into the mix (for Dar, fruit chaat and chana chaat are a godsend). Additionally, fish oil supplements and a daily spoonful of turmeric are also recommended, with “green tea and lemon being the most affective and affordable remedy to fight heaviness and clogged arteries,” states Dar.

“Vitamin D supplements are also a good idea,” explains Khan. In Pakistan, a large percentage of the population suffers from acute Vitamin D deficiency which can lead to multiple problems including weak bones and a lowered immune system. “If one fails to take required vitamins daily, a multivitamin is suggested to prevent the imbalance,” adds Dar.

Isphaghol (husk) is known to reduce cholesterol level, help in weight loss as well as regulate insulin and blood glucose level, which is a must to keep in check during Ramazan. Dar stresses on the importance of taking two teaspoons at sehri and/or iftari everyday to help digestion.

The old saying of eat ‘breakfast like a king, lunch like a prince and dine like a pauper’ gets overshadowed by the popularity of fast food chains. “Because of the proliferation of fast food in Pakistan, people are gaining weight, especially women over 30 and men over 40, who should stay extra-conscious about their bodies if they want to look good past their ‘prime’,” states Khan.

As much as temptation prevails, dinner should be taken like classical music; in small, rich doses. If you allow yourself to eat a meal shortly before going to bed, your body won’t be able to effectively burn those calories and this will eventually lead to increased fat content.