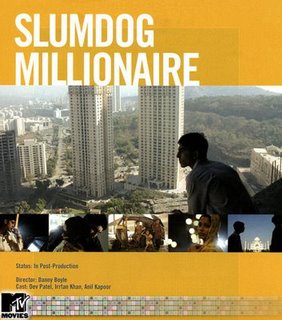 The eight Oscar award winning feature film Slumdog Millionaire will be released in local cinemas on March 13. The film was originally supposed to be released on March 6. Screening for delayed for a week, however, due to the prevailing security conditions in the country.

The small-budget British film, shot in the teeming slums of Mumbai, was named best picture as widely predicted and won seven other Oscars. At the climax of the night, the stage was swarmed by jubilant members of the “Slumdog” cast and crew, including several schoolchildren who were plucked from Mumbai’s shantytowns to appear in the movie.

The group of Indian orphans also triumphed at the Academy Awards as Slumdog Millionaire took top honours with an against-all-odds love story that resonated with recession-weary moviegoers.