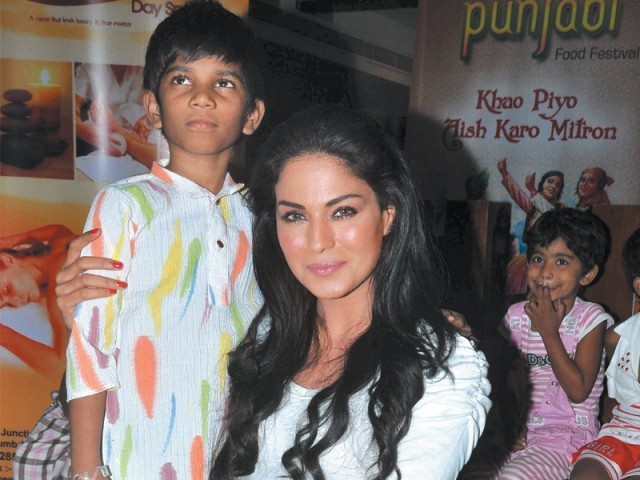 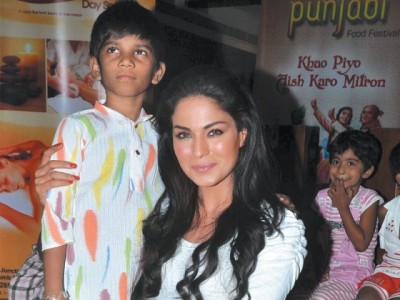 Veena Malik was on cloud nine as she has become the sponsor mother of Payal Kamble, who is seven-year-old girl living with Sahaara Charitable Society — an organization started by a group of church members in 1994 to help trafficked women and children in India, reports sahaarasociety.org

The event was organized at Peninsula Grand Hotel in Andheri East. Malik, who was seen in two different dresses during the event, informed the media that she is extremely happy as she has done something great to serve humanity. The actor has also sponsored children in Pakistan. Malik played with kids and gave them sweets and crackers. Malik also told the media that this is the first time she is celebrating Diwali in India. According to the Malik, she lit firecrackers for the first time in her life.