After making his debut in Bollywood with Tere Bin Laden and being nominated in almost all of the Awards of the year in Debut Actor category, Ali Zafar became a hot property of B town. Mere brother ki dulhan was even 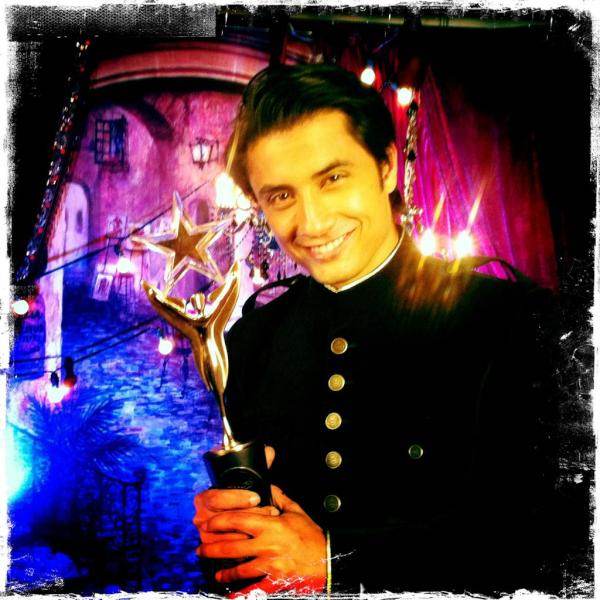 bigger and better venture for him and now people are anxiously waiting for his next flick i.e London,Paris and New York.

Stardust Awards for the year 2011 – 2012, have been presented few hours ago. The awards show is known for recognising new talent in the Bollywood film industry. Ali Zafar have been nominated in Superstar of tomorrow category with following actors.

And finally Bollywood recognise the talent of Ali and he grabs the Award. Rewaj wishes him best of luck for his future projects too. Here is the picture Ali Zafar tweeted himself holding the Glittering Award trophy.