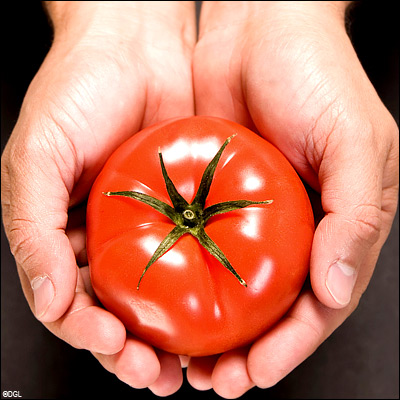 It seems that British scientists may have come up with the ultimate protection against skin cancer and an array of skin disorders caused by Ultra Violet (UV) rays. These are the rays which emanate from the sun but are not visible to the naked eye. UV rays have long been known to cause harm to the skin and are at the root of many forms of skins cancer across the world.

The research study has found that by introducing cooked tomatoes into your daily diet this will improve the skins ability to defend against harmful UV rays, thereby reducing the instances of skin cancer. Skin cancer has seen the largest growth of any cancer across the world with more people holidaying in warmer climbs and the impact of global warming being felt in many areas of the world.

Interestingly it is claimed that it takes just five tablespoons of tomato paste to make a difference, which has potentially opened the door for a new range of tomato paste based sun creams. While it is the potential impact upon cancer protection which has grabbed the headlines, the tomato paste has also been shown to reduce the aging process of the skin. Again, this is something which is very common in those who may eventually suffer from skin cancer, thereby offering a useful opportunity to slow the aging process as well as protect against cancer.

While the research teams who carried out the investigation are more than content with the results, they are making clear that tomato paste is not the Holy Grail of sun cream and people should not expect a short sharp fix. There is more work to be done but there are hopes that they will be able to replicate the active ingredients in cooked tomatoes which have been shown to be useful.