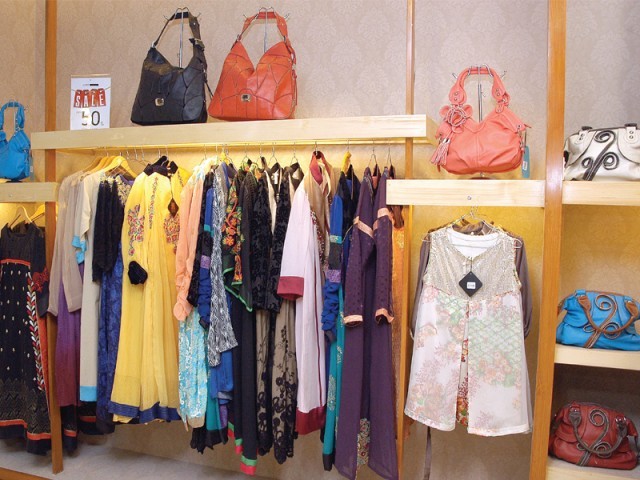 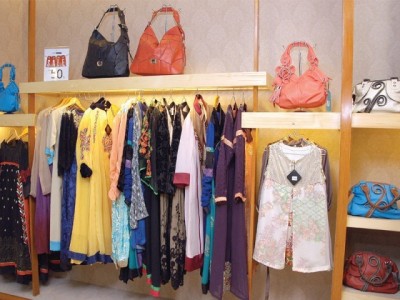 They started off as a grocery store before they became ‘the’ departmental store for the average man in Lahore. And for those who have lived here for eons, there has been a clear trajectory of the phenomenal growth that Haji Karim Buksh, better known as HKB, has shown.

This year in particular, as pret became the buzz word, they showed immense perspicacity and quickly latched onto the idea, delivering one fabulous line after another to dress their shoppers. Beech Tree, a line of ready-to-wear shalwar kameez, that then gave birth to a delectable line for children called Pepperland, followed by Iris, a formal line for women, and then finally, a causal western line called Absolute.

What is fascinating about each of these offerings is how well they contribute towards strengthening the HKB brand as a life style store, and how individually each enterprise has managed to fare well with the public.

Beech Tree follows the Generation model of the three piece stitched suit for the working woman, but innovates enough to add shoes (some great truck art floral motif chappals) and bags into that model. Pepperland recognizes the severe dearth of comfortably cool clothes for children, and Absolute understands that not every girl in Pakistan knows how to accessories and style herself with western gear – so keep it simple and let the clothes do the talking.

With a design team comprising of an impressive PIFD graduate like Mahin Iftikhar, one can gauge a clear focus in Absolute’s debut collection for this summer: Clean and basic, much like Iftikhar herself, who exemplifies absolute cool. No fuss and spot on when it comes to whats in vogue, the collection offers skinny jeans, scarves, over sized poncho-like tops, wrap-around tops, throw on wraps, checkered shirts and even (hallelujah!) white and beige linen pants.

Since the line is designed for the average girl, it recognizes the constraints of society, and thus the clothes are non revealing, while subscribing to the 70s and 80s hip look. What strikes one most about the line of boho/desi tops is how Khaadi-esque they are in their embroidered influences, but priced at half of those at Khaadi. An aubergine wrap-around top for instance, retails at Rs1,690, the perfect indulgence for a young college going or working girl who needs a quick-fix to wear at a chic event. With a ceiling of Rs2,000 at average for most items, Absolute is hitting that impulsive shopper nerve in every woman, who needs that little wardrobe fix every time she’s shopping. With such nominal prices, the apparel also becomes an ideal present for a school or college going cousin, niece or friend.

However, as exceptional as the entire line is in the options that it offers, the linen pants take the cake. You just cannot take them off once you’ve slipped on a pair. They feel as light as air, drifting softly around your legs as you walk. With such perfect tailoring and fit, linen pants will be a staple in every woman’s wardrobe. Team them up with a checkered shirt from Absolute for a boyish look, or a peasant top for a more feminine style, and you’re good to go. The only way to stay stylish and cool in this atrocious heat is to invest Rs800 in Beech Tree’s clever churidaar tights and a slightly higher Rs1,300 for the linen pants: Two wardrobe decisions that will keep you going through the summer months without fail. And pack ‘em both when you’re traveling, you won’t regret it!