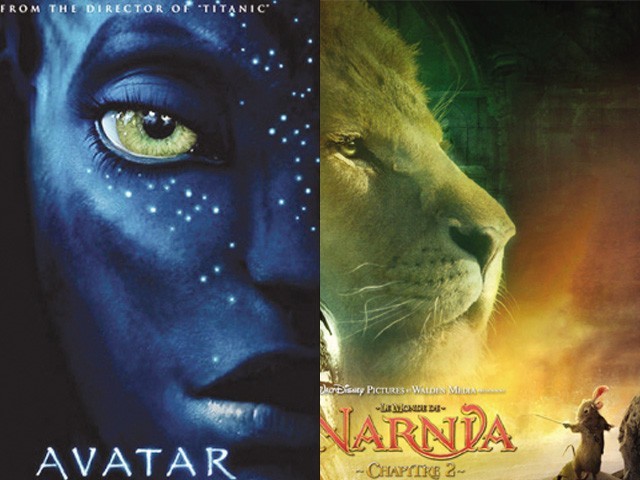 A long red carpet led the way for all those invited to the exclusive launch of the Atrium 3D digital cinema in Saddar.

Movie enthusiast Mariam Azmi said she has watched every trailer on the project website and has scheduled her entertainment calendar for the next month. “We have no real entertainment in the city which is why this is just what we need right now,” she said, while testing the popcorn, which for her is “an equally essential” part of the movie experience. “Good, fresh” she commented, munching the kernels.   Display screens above and on the ticket counter listed the movies playing at the cinema as well as the prices (different for regular and 3D cinemas).

The launch scheduled for all will play Hollywood blockbuster and Oscar-winning Avatar in 3D at a price of Rs500 with an additional Rs150 for the reusable 3D glasses, which you can take home. Regular movies such as the Indian Tees Maar Khan will cost the cinemagoers Rs300. The third movie on the launch list is Chronicles of Narnia: The Voyage of the Dawn Treader.
The Express Tribune caught up with a few people at the soft launch on their previous 3D experiences, the future of the cinema and film industry in Pakistan as well as entertainment culture and taxing the sector.

Director for Mandviwalla Entertainment Nawab Hasan Siddiqui said this project will definitely encourage the cinema industry. Not disclosing the investment made, he said recovery will take some time but the company is “very confident” that the project would succeed. The man behind the project, Nadeem Mandviwalla, watched his first 3D movie in 1983 but it wasn’t until he watched James Cameron’s 3D digital Avatar that he knew he “must bring this technology to Pakistan.”

Supporting her son-in-law Nadeem Mandviwalla was Mrs Nasim Shaikh, who was excited about watching her first 3D movie. She hoped that soon good Indian and Pakistani movies will also be shown in 3D with “some great songs and most importantly well-choreographed dances.”

“It is crucial for cinema culture to be revived and for the film industry to get a desperately needed boost,” said Pakistan film star Nadeem Baig. He added that the public craves good, clean entertainment and they deserve to get it.

Another big name of the silver screen, Mustafa Qureshi said, “Even though our films are not in 3D we still need cinema houses of this calibre to encourage moviegoers. Our movies are currently not worthy of being on these screens but I hope we will soon move in the right direction and make some world-class movies.” Qureshi suggested such new projects should be exempted from taxes.

A former television producer, Nofil Naqvi, was “very excited” about the city’s new technology. “You get a very definitive perception of depth plus we needed cinemas where the hall seat doesn’t break in the middle of the movie,” he said recalling an experience with his friend at another cinema in Karachi.

Chief guest at the event federal minister for culture Aftab Shah Gillani said the government is doing all it can to support the cinema and film industry. Speaking to The Express Tribune