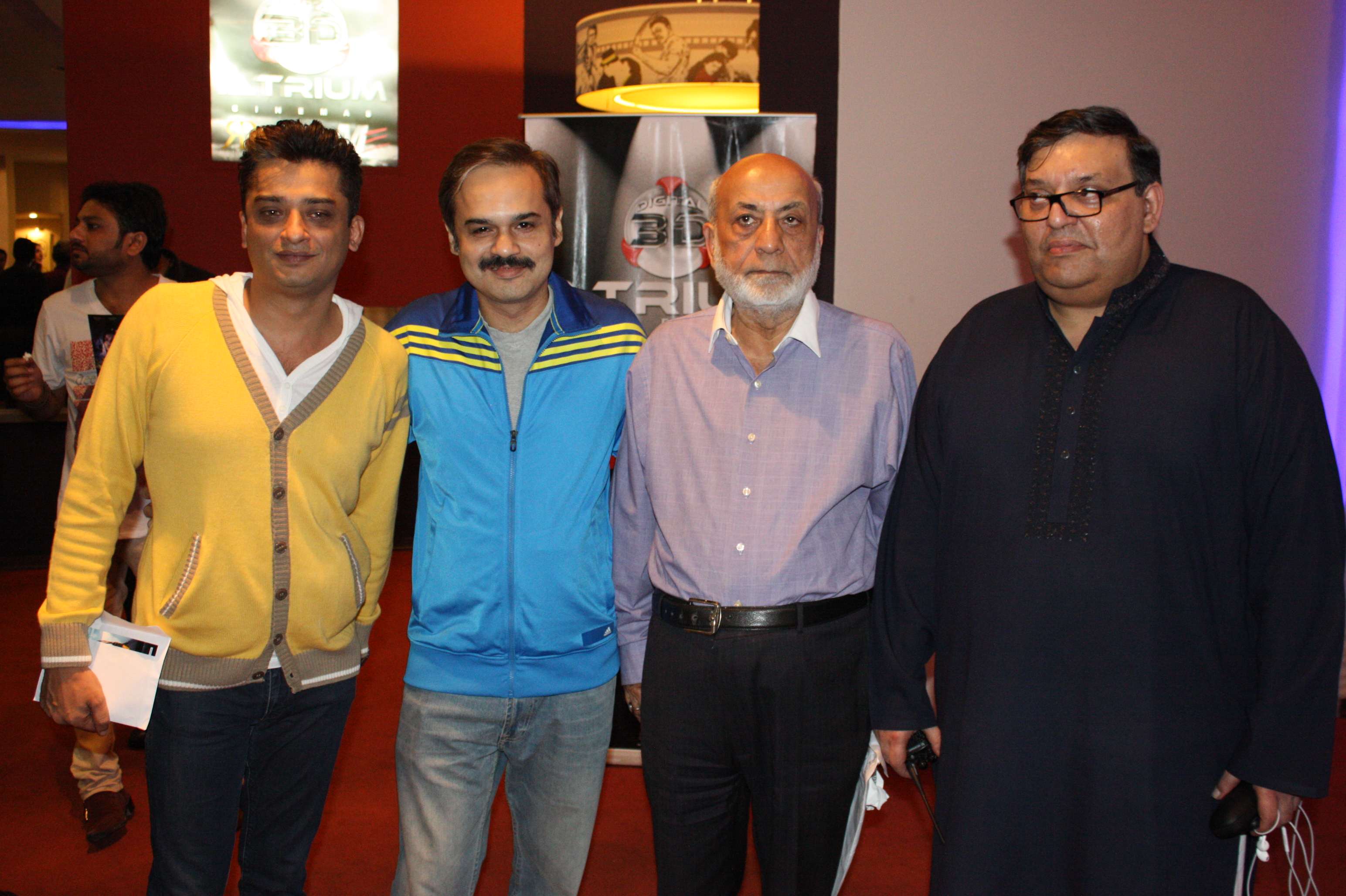 The much awaited Pakistani movie based on sports that is loved by every Pakistani – cricket, ‘Mein Hoon Shahid Afridi’ (MHSA), has been finally premiered at Atrium cinemas, Karachi. The premiere was attended by the who’s who of the cinema and TV industry. A movie by Humayun Saeed and Shahzad Nasib of Six Sigma Films International, MHSA will take the audience through a roller coaster ride of thrill, excitement, apprehension, romance and passion.

With ARY Films and Mandviwalla Entertainment as the official distributors of the movie, MHSA is directed by Syed Ali Raza and penned by Vasay Chaudhry. The movie’s story revolves around a young boy (Noman Habib) who dreams to become Shahid Afridi but finds himself down on luck when the only club he ever knew goes bankrupt. With no place else to go, he discovers one last chance to save his club, his town and his dream – a cricket tournament coming to Sialkot which might be the club’s last hope to win. But a team of misfits with no facility and no coach, can they even qualify for the cup and face the highly skilled undefeated rivals who were born with a golden spoon in their mouths? With that question in mind they decide to take help from an ex-cricketer Akbar Deen (Humayun Saeed), but Akbar has a dark past of his own. When fates collide and mysteries unfold, ‘Main Hoon Shahid Afridi’ embarks on a journey of Mistrust, Betrayal, Love, Power and Unfulfilled Dreams.  MHSA has a promising line up of star-studded cast including Nadeem Baig, Javed Sheikh, Humayun Saeed, Mahnoor Baloch, Noman Habib, Shahzad Sheikh, Ismail Tara, Shafqat Cheema, Humza Ali Abbasi, Gohar Rasheed and Ainy Jaffri along with the guest appearance by the man himself Shahid Afridi.

Talking about the movie’s anticipated success, Nadeem H. Mandviwalla, managing director, Mandviwalla Entertainment said, “Mandviwalla Entertainment is the proud distributor of the first Pakistani sports movie that can play a major role in the revival of Pakistani cinema. MHSA is the latest big budget movie of Pakistan that is expected to thoroughly entertain the audience through its gripping story-line. It is not a regular love story, it is a story about the dream of a young boy that many Pakistani youngsters can relate to and I think it is this one aspect that will pull the crowd towards cinema to watch the movie and support Pakistani cinema in the process.”

Talking about ARY Films role in distribution of the movie, Muhammad Salman Iqbal, Founder & President, ARY Digital Network said, “It is high-time that someone takes the ownership of Pakistani cinemas woes. ARY Digital played an important role for the revival of Pakistani dramas on TV, and ARY Films & Mandviwalla Entertainment want to play the same role for the revival of Pakistan’s cinema industry. We need more local movies like MHSA to make this possible much earlier than expected. It is a high quality production based on a storyline that will keep the audience at the edge of their seat throughout.”

Sharing the views and anticipation about his first movie venture, Humayun Saeed of Six Sigma Films International said, “It feels amazing to finally raise the curtains on Pakistan’s very first sports based movie. I feel excited and very emotional at this point in time as MHSA is the result of tireless efforts that the entire team has put in to make this movie a real entertainer and a source of pride for every Pakistani. I hope that the audience will enjoy watching this movie just as much as we enjoyed making it. If this movie can inspire even a handful of people to give up on hopelessness and have the courage to chase their dreams, I would consider the movie a success.  MHSA has all the right ingredients to reshape our cinema industry forever. It is not just a movie about sports; it is packed with music, romance, action as well as comedy. It is a movie with a uniform appeal for all age groups. This is Six Sigma International Film’s first movie but this is just the beginning and small step towards the revival of Pakistan’s cinema industry.”

Speaking about the movie’s unique theme, Shahzad Nasib of Six Sigma Films International said, “At the moment, it’s hard to predict the future of ‘Mein Hoon Shahid Afridi’ since most sports films have a similar storyline and let’s face it, sports is a difficult genre to deal with altogether. But MHSA is not your regular sports movie; it is a complete entertainer that is bound to take you on an unforgettable emotional journey.”

He further added, “Movies have the power to change people’s lives. A great scene from a movie can develop an emotional connection with the audience that makes a part of some of the best memories of their lives. Movies can inspire our soul; they give us a strong message about a specific topic.  Those who are looking for the adrenaline rush and edge of the seat entertainment in a movie are highly likely to prefer watching a sports based movie. MHSA will cater to this kind of audience.”