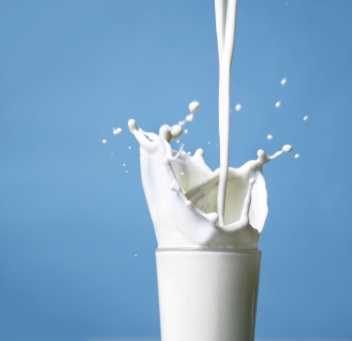 It’s a lesson many learned early in life: drink your milk to build strong, healthy bones. Moms and dads recognize the importance of milk – which is rich in calcium and other nutrients – in their growing kids’ diet.

Unfortunately, that message often is lost later in life. Karen Hudson, a registered dietitian at Kansas State University, said approximately 1.5 million people suffer fractures every year due to weakening or thinning of the bones, called osteoporosis.

And, she adds, “this number is expected to increase dramatically as our nation ages.”

Current figures indicate that 1 in 2 women and 1 in 8 men over age 50 will experience a fracture due to thinning bones. Hudson adds that 1 in 4 elderly who break a hip as a result of osteoporosis die within a year.

The U.S. Department of Agriculture publishes a “Healthy Eating Index” to measure the overall quality of Americans’ diets. The USDA currently reports that only 12 percent of the population consume “good” diets; the biggest shortfall is in eating calcium-rich dairy foods, said Hudson, who also is the coordinator of the Family Nutrition Program with K-State Research and Extension.

Milk still is one of the best-recognized foods for building strong bones. In addition to calcium, milk contains such important nutrients as Vitamin D and protein that also contribute to bone health.

“One of the most sobering things we’re finding is that teenagers – who are in the prime of their lives and should be building bone mass – are breaking their bones when engaging in sports and other activities,” Hudson said. “One of the reasons is they may not drink enough milk.”

As they gain independence, teens begin preparing some of their own meals, and don’t often include calcium-rich foods. When youngsters are faced with vending machine or convenience store choices, Hudson says “it just might not be cool to order milk.”

According to Hudson, some of the other reasons people are getting less calcium in their diets include:

Hudson said the USDA’s Food Guide Pyramid can help people get the nutrition they need to build healthy bones. But Americans also need a weight-bearing exercise – such as running or walking – at least 30 minutes for adults and 60 minutes for children on most days of the week.

Hudson also answers some commonly-asked questions:
Doesn’t everyone naturally lose bone mass as we age?
Yes, but the critical factor is whether we have amassed sufficient bone mass in our early years to literally carry us through our ‘golden years.’ The more we have early on, the more protection we’ll have later on.

Why is milk so highly-recommended for bone health?
Milk is a food that has the greatest number of nutrients packaged together to promote bone health. Calcium, phosphorus, Vitamin D and protein are the major nutrients in milk.

Does caffeine cause us to lose calcium?
Soft drinks don’t seem to be the culprit in that regard, except in the sense that they may replace healthier choices. Coffee consumption (greater than 2-3 cups per day) in postmenopausal women who have low intake of calcium may have problems, but this can be offset by drinking milk.

Does breast feeding put women at risk for fractures?
No. Initially there is calcium pulled from bones, but after weaning there is re-mineralization. In fact, bones may be even stronger after breast feeding.

Since calcium is so important, how can we get enough?