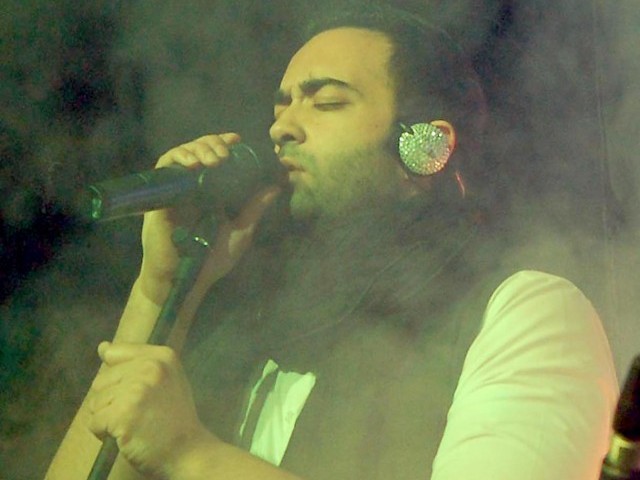 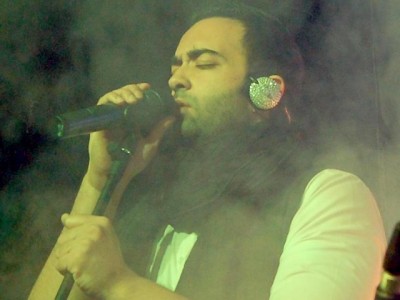 A show featuring a performance by Overload at Kuch Khaas Saturday night sold 450 tickets, according to Shayan Afzal Khan, CEO Kuch Khaas — a whopping number for the culture and arts centre, which usually entertains more intimate concert and performance gatherings.

This is Overload’s first Islamabad concert in two years, with first-time vocals from Farhad Humayun, burgeoning vocalist, drummer and frontman extraordinaire. “We want to be seen live. So many artists are great in the studio but are awful when they’re on stage. It’s a test for any performer,” explains Humayun.

True to their motto, ‘the loudest band in Pakistan’ — Overload gave a fierce, ear-splitting performance, sending frenzied fans into raptures over their Sufi infused vocals, beats and percussions. Hits like “Meray Ah”, “Bati”, “Days Gone By” and a Led Zeppelin medley (a combination of riffs from “Dazed and Confused”, “Whole Lotta Love” and “Black Day”) demonstrated the band’s proficiency at fusing local and contemporary musical genres into one cohesive sound.

As for the charismatic, stage presence wielding Humayun (the ladies, especially, cheered him on enthusiastically), it was expected he’d be a beast on the drums. The real shocker was his vocal ability, making this man a triple threat to look out for.

Of course, what is Overload without dhol players? After playing with the celebrated Pappu Sain for the first three years of their career, the band integrated Kala Sain and Nasir Sain — two younger, energetic dhol maestros — into their outfit. They performed prodigiously and with gusto, pleasing the crowd with their spectacular drum solos and traditional beats, closing the show on their trademark dhamal, a routine in four beats.

The Express Tribune caught up with Humayun post concert — looking pleased if not a little dazed from the high-energy performance.

What’s Overload up to these days?

We’ve been working on “Overload Live at the Apartment” since March. We weren’t doing a lot of concerts because of security concerns so we decided to start a viral activity. We film various people performing in my apartment’s music studio and air it. It’s designed to showcase the creative process. There’s so much disillusionment in the music circuit these days, which is why I wanted to create a space for musicians to come play together and get exposure.

Tell us about your upcoming tour in Russia

We’re going to Russia next week; doing four gigs at primarily electronic festivals in Moscow and St Petersburg. The plan was to initially do Russia and Northern Europe, but we had to narrow it down.

What’s your dynamic like with Kala Sain and Naser Sain?

They’ve been with us for the past five years. These guys are much younger and have a lot more energy and know how to play a crowd. We all work well together and are good friends, which makes us a lot more comfortable on stage.

We’re working on new songs and videos and are also planning on playing live a lot more. Also, the band has my full commitment — I used to actively teach and do event management but am now focusing all my attention on Overload.