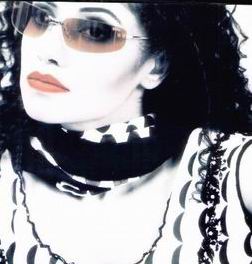 What have you enjoyed the most in your three-and-a-half years of working life – acting, modeling or direction?

I don’t enjoy catwalk modeling. I had a very different impression of it earlier, but now that I have done it. I felt like beef in a cattle show. I admire the women who can model in this society. As for acting and directing, both have their own appeal. Normally, I like to work under pressure and my best work has been under stress. But, what I hate is acting and directing at the same time. I am a director’s actor and when I land up acting for my own plays. I feel at a loss. Handling a series like ‘Ambulance’ every week for instance, I know that I can always fall back on Angeline Malik if one of my actors doesn’t show up. But, it’s a matter of convenience – I know I won’t be able to perform.

I like to do at lest one play a month just to take off the pressure of directing and have someone tell me what to do. I feel having taken up direction so soon in life, my acing has suffered in the sense that I haven’t done enough roles that I should have. But then again, I am so choosy in my roles and there is no joy in doing the characters that you get these days. The directors are so amateurish too – just about everyone thinks they can direct.

But, you too have gone headlong into directing without any substantial experience of plays. What made you think that you could to a good job?

There is a right time for everything and I myself tell everyone that they shouldn’t want to run before they’ve learn to walk, I keep telling those who wish to do direction to start as an assistant director first. But, the fact is that you can either give yourself that time and know when you are ready, or take the opportunity when it offers itself to you before your time. I did the latter, but my masters was in a field that was very similar – in the computer animation course we learned to make sets, do lighting, camera-work, etc,. So I had gone through the whole process from scripting to screening.

Also, though that was not my issue at all, female assistants do land up doing all the dirty work and there is a general concept here that ‘once an assistant, always an assistant’. They are not willing to accept that from an assistant you can become a director. And admittedly, I learned a lot from the mystery series that I began with – more than I could have done from ten serials. It was very experimental, required a lot of treatment and the over 50 plays I did were not like your ordinary plays – I covered everything form murder to mass murder to firing scenes, rape scenes, etc. and Ghazanfar didn’t give me ‘Ambulance’ before he knew I was ready for it. I had been after him to give me a serial for a long time, and only after 20 episodes of the mystery series. When he saw I could handle it, he gave me the serial.

So was ‘Ambulance’ worth the wait?

My guiding light and critic, is a doctor and he had wanted me to become one too. ‘Ambulance’ for me, is as close as it can get to making his dream come true. It is once again, not your normal, typical serial. My attention span is too short and the advantage of ‘Ambulance’ is that every story is different, so I don’t get bored. They are based on stories that I pick up from the papers they are happening around us every day and I’ve covered subjects like rape, honor killings and suicide bombings. It’s been a different experience for me and in the 36 shows I’ve done so far. I’ve covered so many diverse situations that I feel as a director, there is no scene where I would be at a loss what to do. But, I think its time to move on.

Have you decided what you want to move on to?

Well, I was planning lately that I’d like to do a few acting jobs. I’ve done some short plays for Momal Productions and PTV and would like to concentrate on acting. I love to act, because I’m basically and introvert while the actor in me is confident and an extrovert. I come out of my shell through my different characters, and am now looking for the role of a lifetime. I’ve been doing programming for Ghazanfar for the last six months and that is a very stressful responsibility. I need to take a vacation for a month and then just act. But, first I need to look for another director for ‘Ambulance’ which has been like my baby. The programme was so jinxed and had so many problems surrounding it until I took over and broke its curse as it were – although it took me four months too to get it started – that I feel very responsible for it.

So, is it your most challenging work to date?

Was hard work, but yes, it has been my most stressful project.

Which has been your best role so far?

Those of Reshma (in ‘Reshma to jhali hai’) and a Hindu converted to a Muslim hijabi (In Raj Hansni). I was surprised why I was cast in it, with my hair all covered as many people cast me for my hair, but Iqbal Ansari wanted to shock people. I really liked that character. Recently, I did a short play on Firdous Hyder’s life story and enjoyed that a lot as it involved considerable body language and facial expressions, with me showing the transition from young to old. I don’t like to look pretty all the time – I feel one must look realistic.

You’ve ventured into teaching of late. Can you throw some light on your latest vocation?

I’m teaching production twice a week at Adam’s Academy of Digital and Media Arts. It’s been a learning experience for me as well – you fell that you know it all and then discover you don’t. And of course, every lecture requires at least three to four hours of preparation, so in the whole process you wind up learning much more. I’m also glad to be part of a knowledge imparting process, for whatever it worth.

Not planning on going towards film direction?

A – I would like to definitely, but I’m not ready yet. I plan to do a course in film, making before getting into it. But my films won’t be your typical commercial movies. We are just aping India these days and are bad at copying. I’d like to share my experiences on screen.

What did you think about the recent Lux Style Awards?

I thought the second one done by our local choreographer, was brilliantly executed. And that our girls were totally side-lined in this one. They were doing nothing while the Indians stole the show.

And finally, what about a love life?